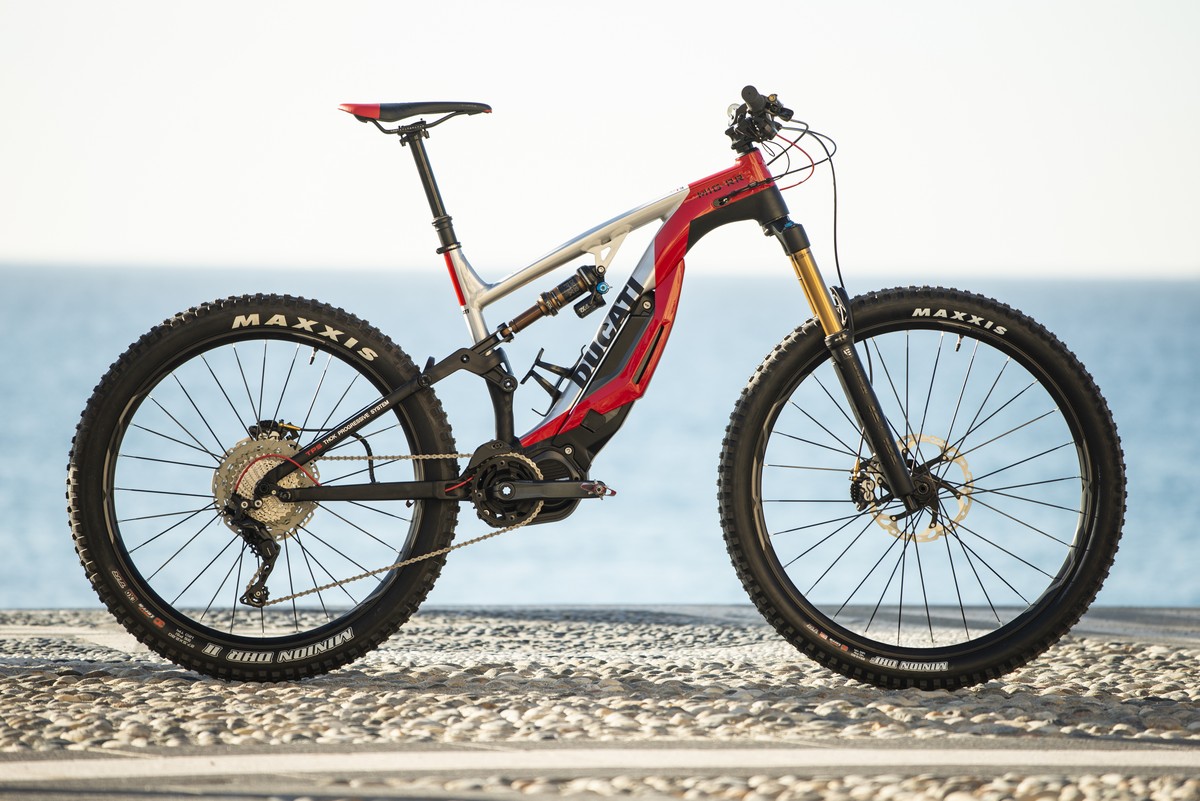 A new type of Ducati will be taking center stage on Sunday, when the Italian brand begins its EICMAreveals. While we expect a number of new motorcycles from Borgo Panigale, like a new Hypermotard, the Panigale V4 R, and another Scrambler model, one machine we didn’t expect was an electric bicycle.

The Ducati MIG-RR is special though, as it marks Ducati’s first foray into the e-bike space, which is booming in Europe and just starting to gain traction in the United States.

Built by Thok, with input from Aldo Drudi’s D-Perf and the Ducati Design Center, the Ducati MIG-RR is an offshoot of the MIG series produced by Thok Ebikes. This means that it has FOX Factory Kashima suspension, carbon fiber Renthal handlebars, Mavic wheels, 4-caliper Shimano Saint brakes, and an 11-speed Shimano XT gear set (11-46 cassette).

On the electric side, the MIG-RR uses the Shimano e-bike platform, with a 250W Shimano Steps E8000 motor at the center of things, and a 504Wh battery onboard. The battery is positioned underneath the down tube, helping to keep the weight of the machine low-slung.

The Ducati MIG-RR will be distributed throughout Europe via the Ducati dealership network starting from spring 2019, and it can also be ordered online at on Ducati’s website from January 2019 onwards.

So far, it doesn’t seem like the e-MTB will be headed to the USA, which feels like a missed opportunity by the Italian brand