AN EXCITING SPORT FOR EVERYBODY

Mountain biking is a wonderful sport, that takes you on incredible adventures into nature. It is also a fantastic form of exercise, with no CO2-emmitting vehicles sharing the trails, making it very healthy, reducing stress and decreasing chances of depression! Regular cycling strengthens the heart, helps you maintain a healthy weight and is easy on your joints.
Now, thanks to the pedal electric cycle (pedelec) the mtb world has become accessible to everybody.
For those who have never attempted a mtb for fear of fatigue, or those who are unable to do it anymore due to lack of training, wives with husbands, fathers with children, grandparents with their grandchildren … 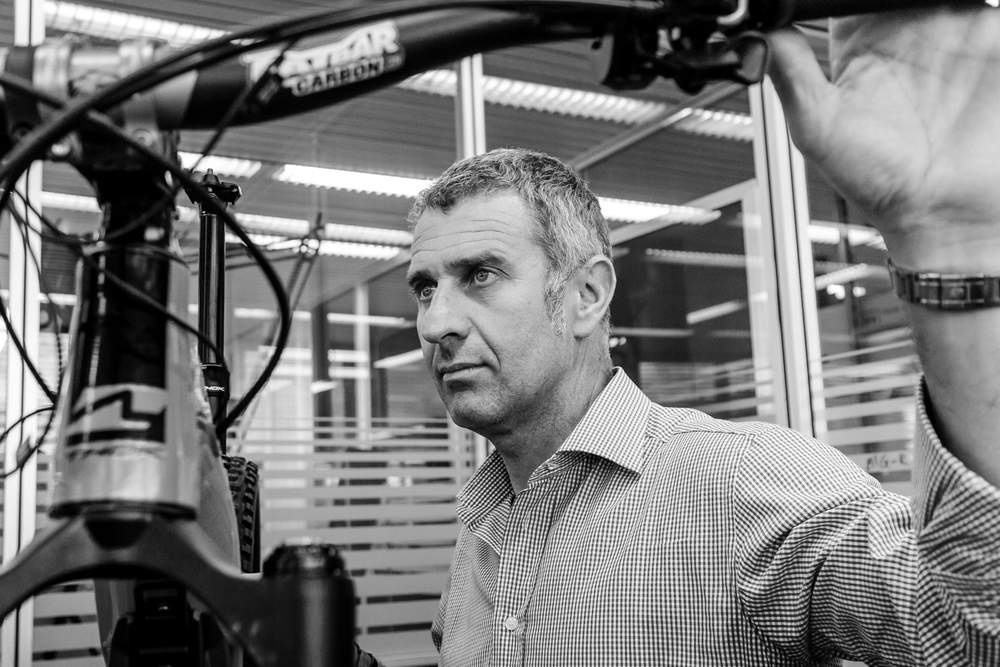 "I was very young the first time I jumped on a bicycle. The training wheels disappeared soon, I think I was 3 or 4 years old, trying to emulate my older brother who was racing motocross at the time. Jumps, bumps, hills: I spent day after day in that wonderful terrain."

The hobby became a passion, the passion became competition: and at 14 Stefano won the BMX Mickey Mouse Trophy, followed by 10 Italian Championships, 3 World Cups, 3 European Championships and one World Title.

Military service brought a temporary pause to Stefano’s cycling, but he began to fall in love with Downhill riding. His comeback was astonishing: first Italian to race in an American Team alongside Tomac, Vouilloz, Furtado and Lopes, Stefano achieved several successes, including a 3rd overall in the 1993 DH World Cup.

Stefano traveled the world racing as a pro, until a broken scaphoid brought an end to his competitive career. The years spent in racing, with grueling training programs and the pressure of races, taught him a lot in addition to the honor of wearing the Italian National Team jersey for 18 years.

hen Stefano ended his career as a pro, he didn't leave the mtb world. His wealth of experience amassed over many years of racing and unrivalled know-how of this world meant it was only natural he would combine his passion for mtb with his new career.

He began working with the top companies within the mtb industry, from clothing producers to component suppliers and bicycle companies, bringing his experience as a racer to the boardroom and becoming one of the leading professionals within the cycling industry. 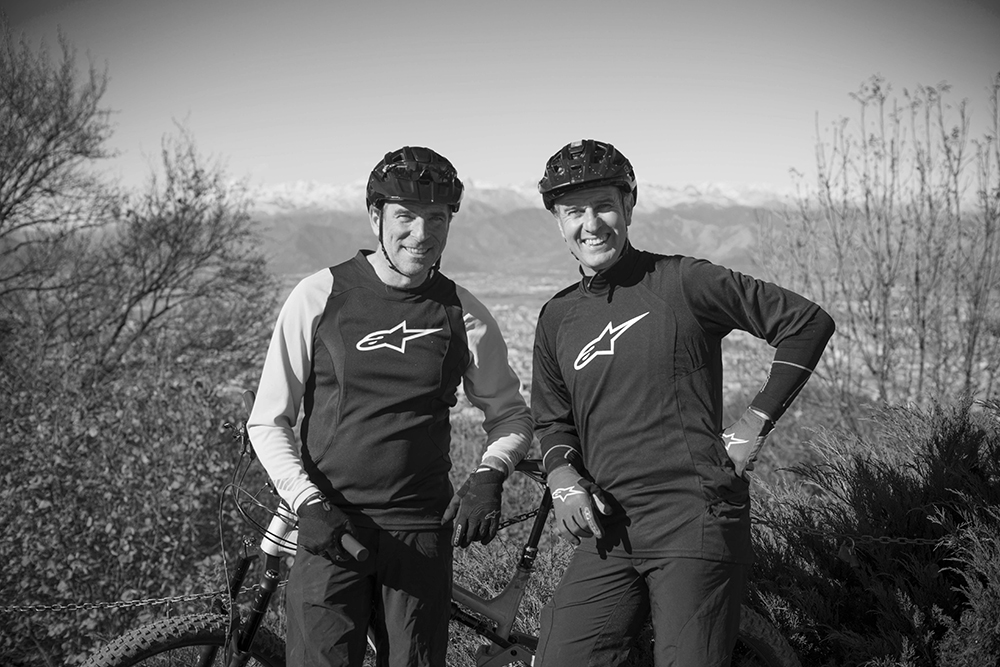 A friendship that was born from a common passion for mtb, Livio Suppo introduced Stefano to the world of e-mtb and an idea to build his own bike, the THOK. Livio shared with Stefano his vision that the birth of the e-mtb levelled the playing field, allowing riders of different levels the chance to enjoy long rides together. 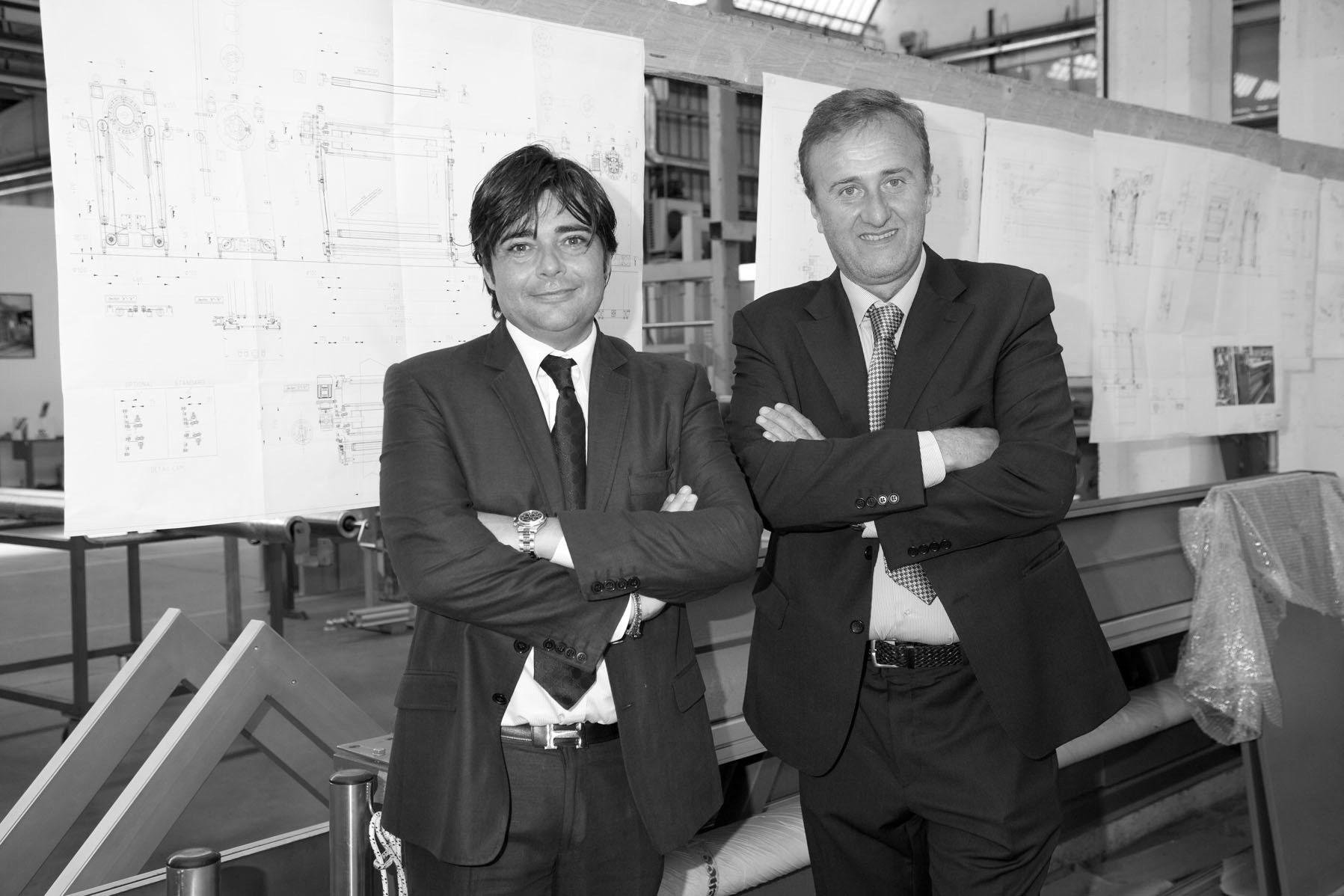 This idea became a reality thanks to the meeting with Giuseppe Bernocco and Sebastiano Astegiano, two of Piedmont’s greatest entrepreneurs who head up the TCN Group.

Entrepreneurs are men of action. First they identify by intuition, then they have a vision and finally they implement the idea. Many people may have ideas, but only a real entrepreneur turns a good idea into a successful company.

"I still remember the faces of Giuseppe and Sebastiano after their first ride on an e-mtb together” says Stefano "They were similing from ear to ear. They were determined.

THOK was born that day". 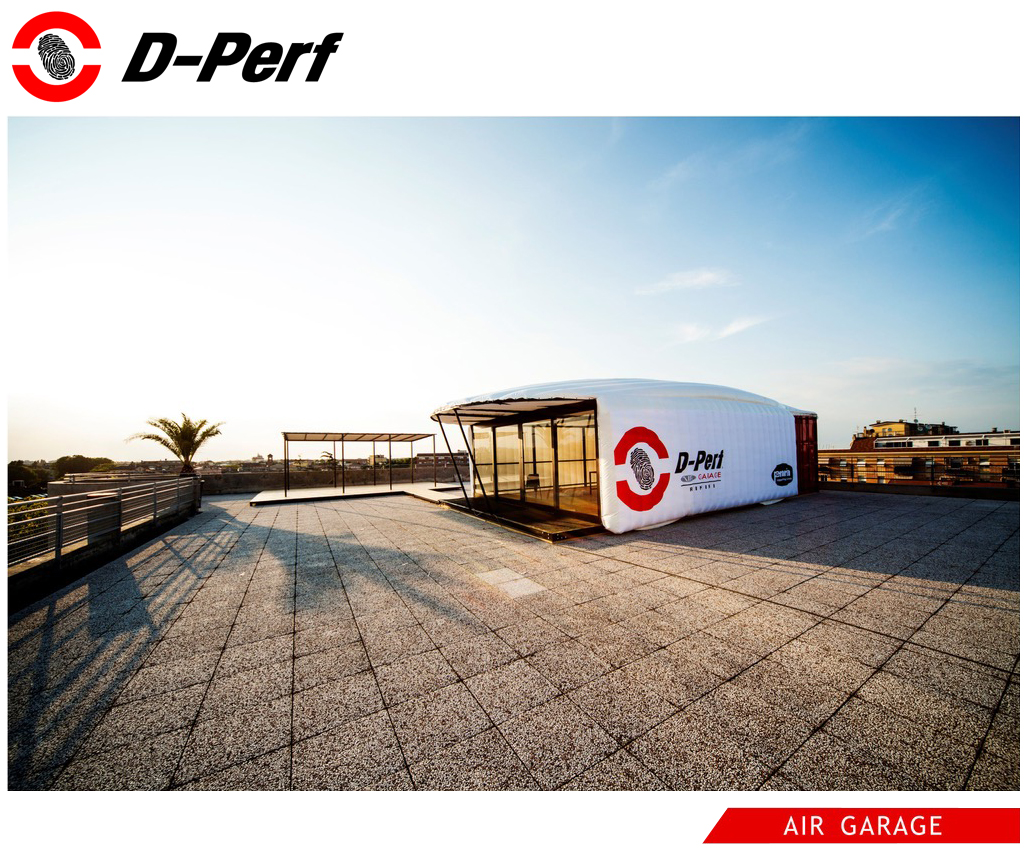 Drudi: “For many years we have created liveries for riders, and team clothing, helmets, accessories ... The MotoGP World Championship is our area of expertise since the early 80s. Speed, color, adrenaline, passion for the motorcycle, graphics, design. But this time is different ... the THOK project: an e-mbt essential, practical, technological. Symbiosis between man and machine. Man and technology in perfect harmony with nature. Topics important for our future. This is what THOK is all about. We have colored a project that is pure essence".

Aldo Drudi, Paolo Picchi and the guys of the D-Performance made the THOK unique. 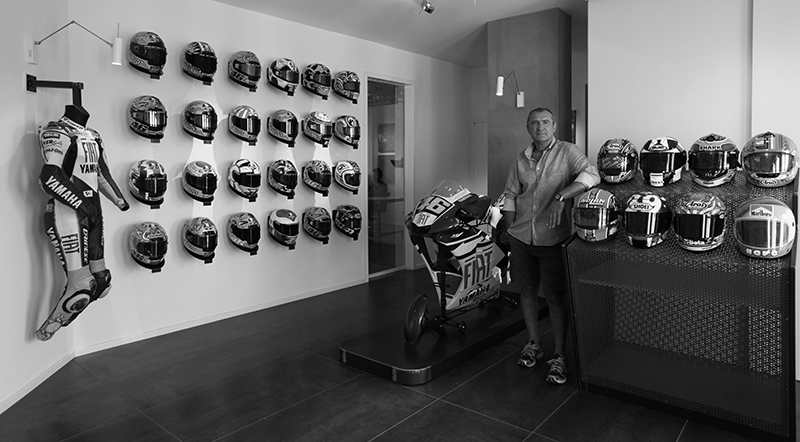 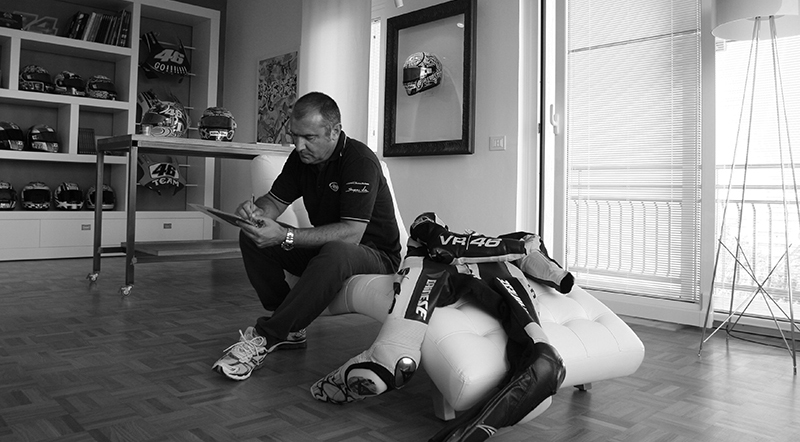 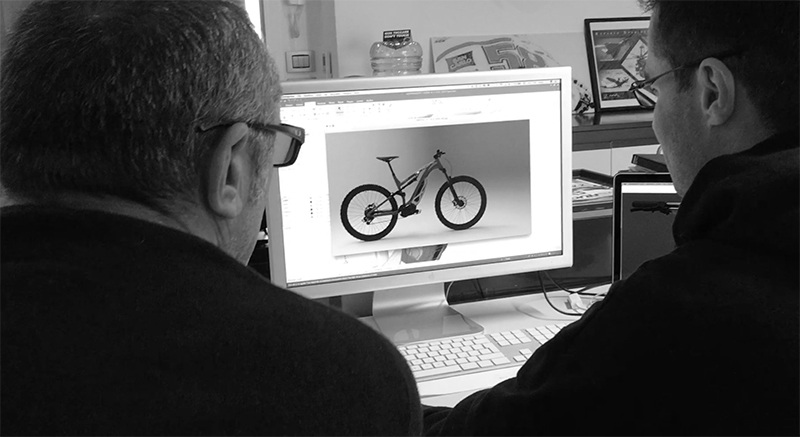 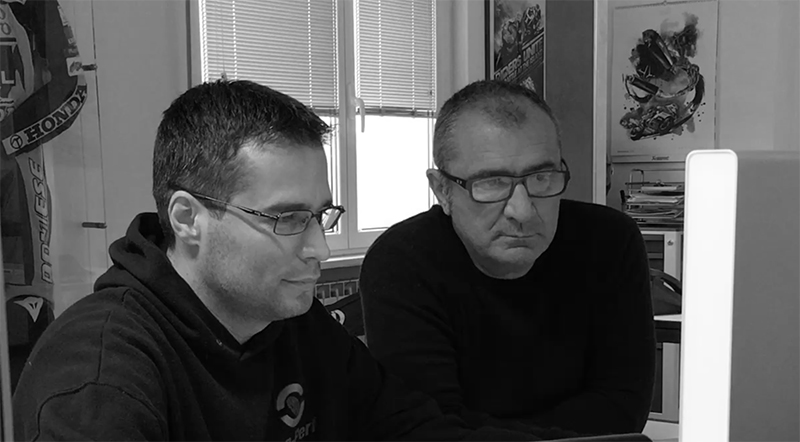 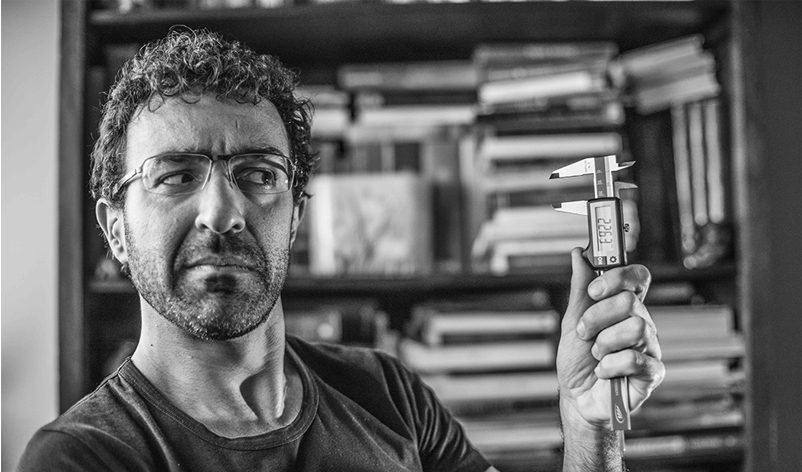 The THOK had to be innovative.
The cooperation with the German based studio of Luca Burzio, the passionate industrial designer with knowledge of the mtb world, developed the bike’s geometry and unreleased technical solutions which produces the best performance. 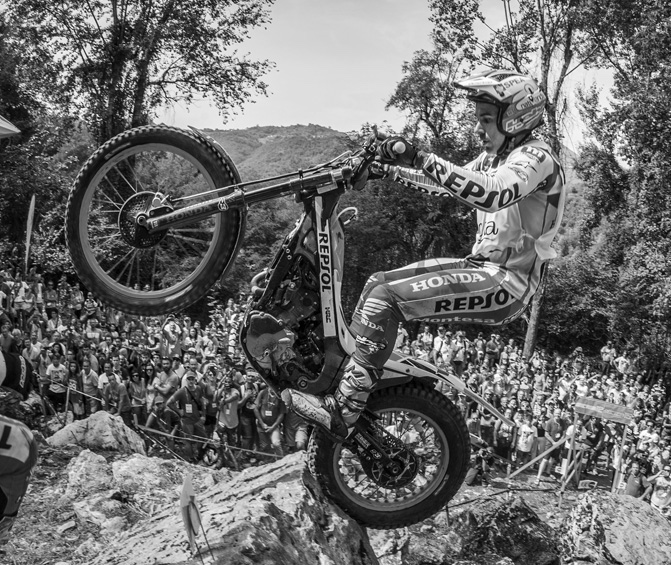 A LIMITED EDITION
DEDICATED TO TONI

THOK had to meet off-road motorcycle users, even a real champion. For this reason, the MIG was developed together with Toni Bou, 22 times Trial World Champion with the Factory Montesa Honda, who loved the new e-mtb so much that he decided to become its official testimonial.

"I wanted to help the guys at THOK. The MIG is the connecting link between bicycle and motorcycle, the perfect union between physical performance and environmental friendly technology"

The first THOK, the MIG Limited Edition, is limited to only 20 units and is dedicated to him.

After purchasing the bike online, customers will be able to choose whether to receive it at home, at their local Thok Point or at their preferred dealer, whenever a TP does not exist in their area.