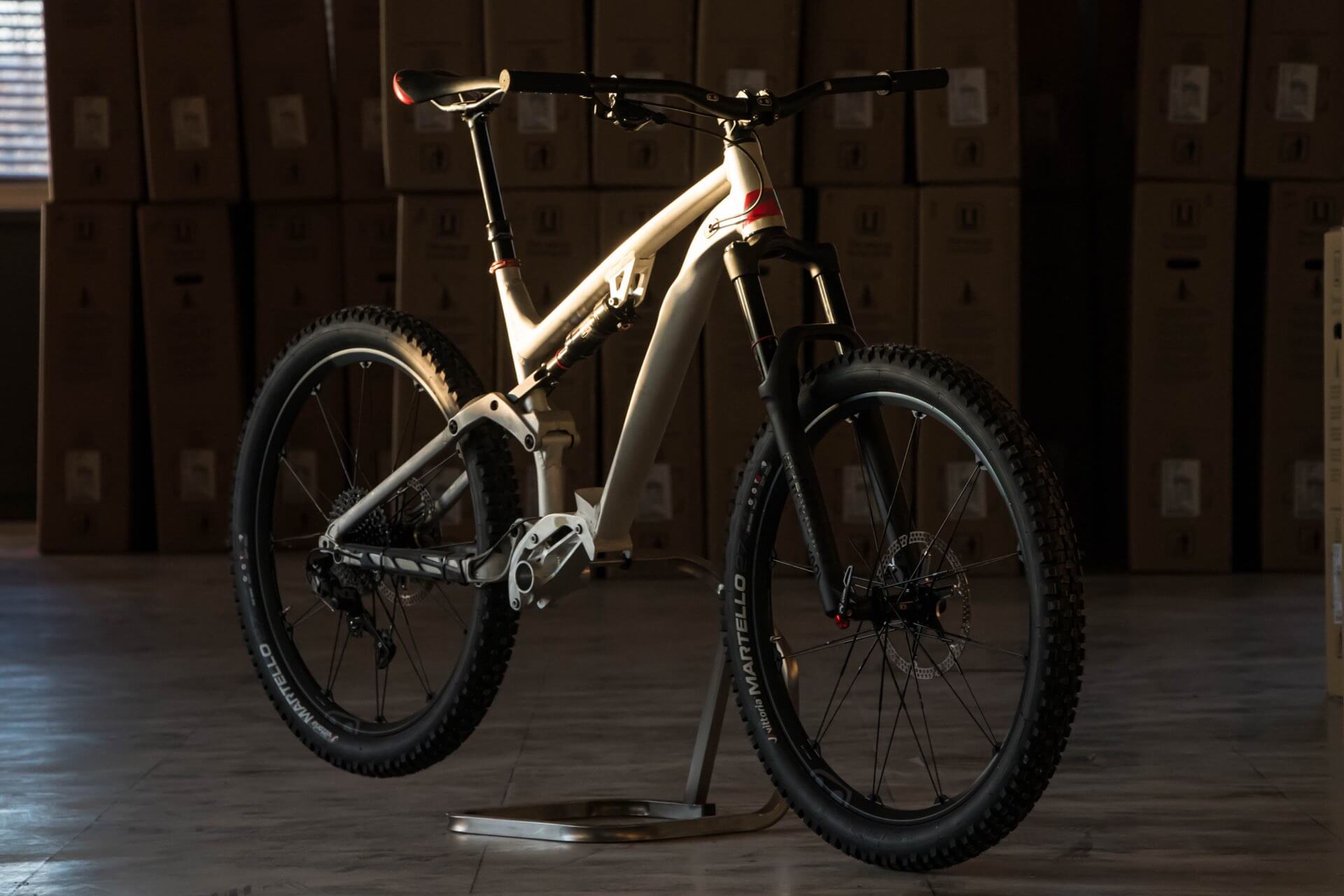 What lies behind the creation of a winning e-mtb: “I am going to reveal the secrets of the Italian brand THOK”

An interview with Luca Burzio, the Turin-born industrial designer of THOK E-Bikes, that collaborates to the development of the THOK e-MTB.

THOK’s motto is “Performance first”. Is it just a slogan or a bit more than that?

In THOK, the first step consists in defining what sort of bike we want to construct: we start by considering what we want the bike to do. Frame geometries vary according to the type of usage, whether urban, mountain or enduro.

This is what our claim says: a bike must satisfy the biker’s requirements, regardless of current trends. Stefano Migliorini, CEO of THOK, develops the project by starting from the needs of the end-user: first and foremost, he is a biker, someone who actually uses a bicycle. 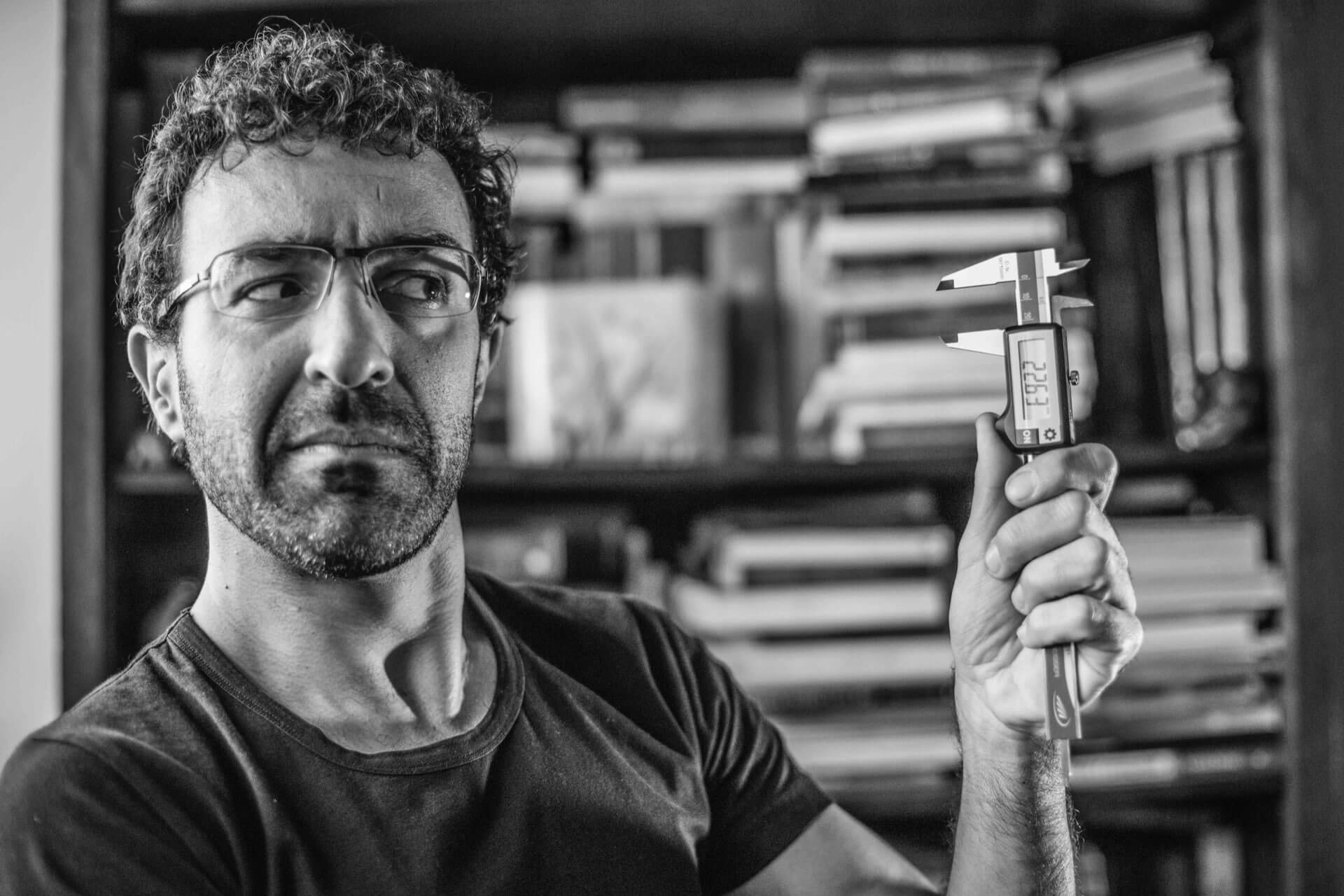 And yet, THOK hardly neglects the design aspect…

When we have decided what the new THOK “will do” and which technical features will define it, we start to consider “what it will be like” in terms of design. Three of us are engaged in this task: Stefano, who defines what specifications the bike must have in order to deliver maximum performance; Aldo Drudi, responsible for bike styling; myself, engaged in combining Stefano’s “racing” genes with Aldo’s “aesthetic” flair in one executive project.

Certainly, design is very important: In fact, THOK makes recourse to an excellent designer. Aldo Drudi is the person who has been designing Valentino Rossi’s helmets for years.

And when the designer has come up with the solution?

Then we entrust the project to computer technology and the first 3D “sample” of the bicycle is created thanks to the technique of rapid prototyping.

Fortunately, I am also a cyclist, and this helps me “engineer” Stefano’s desires. We have an excellent entente and I manage to grasp what he wants immediately; we have known each other for a long time, we were cycling companions for years. We share the same passion for bikes, and we speak the same language. This helps a lot.

There’s a lot of Italy in this project. Is this a handicap or an advantage?

THOK is located in the Langhe, a place where there is an operative and pragmatic approach to work. Two of the partners (Bernocco and Astegiano) were born there.

Migliorini, Suppo and I are from Turin, the city which was the first capital of Italy: we were all raised on veal in tuna sauce, bagna caoda and gianduiotti chocolates, so we speak the same language.

Neither was it a random choice to take on Drudi: winner of a Golden Compass Award, a personage of international repute, firmly rooted in Italy despite being an international figure.

In brief, the Italian identity of THOK is a fundamental aspect of the company philosophy.

This shared background makes it very easy to work together. However, despite having a strong bond with their region, they are all people who have travelled the world and have seen their ideas achieve success in all four corners of the planet: internationally famous athletes, managers of repute around the world, entrepreneurs of the Made in Italy brand.

Besides, in THOK (and here I include myself) they are all bicycle “freaks”, a fever that infects everyone, from the mechanic to the CEO, comprising the social media manager. 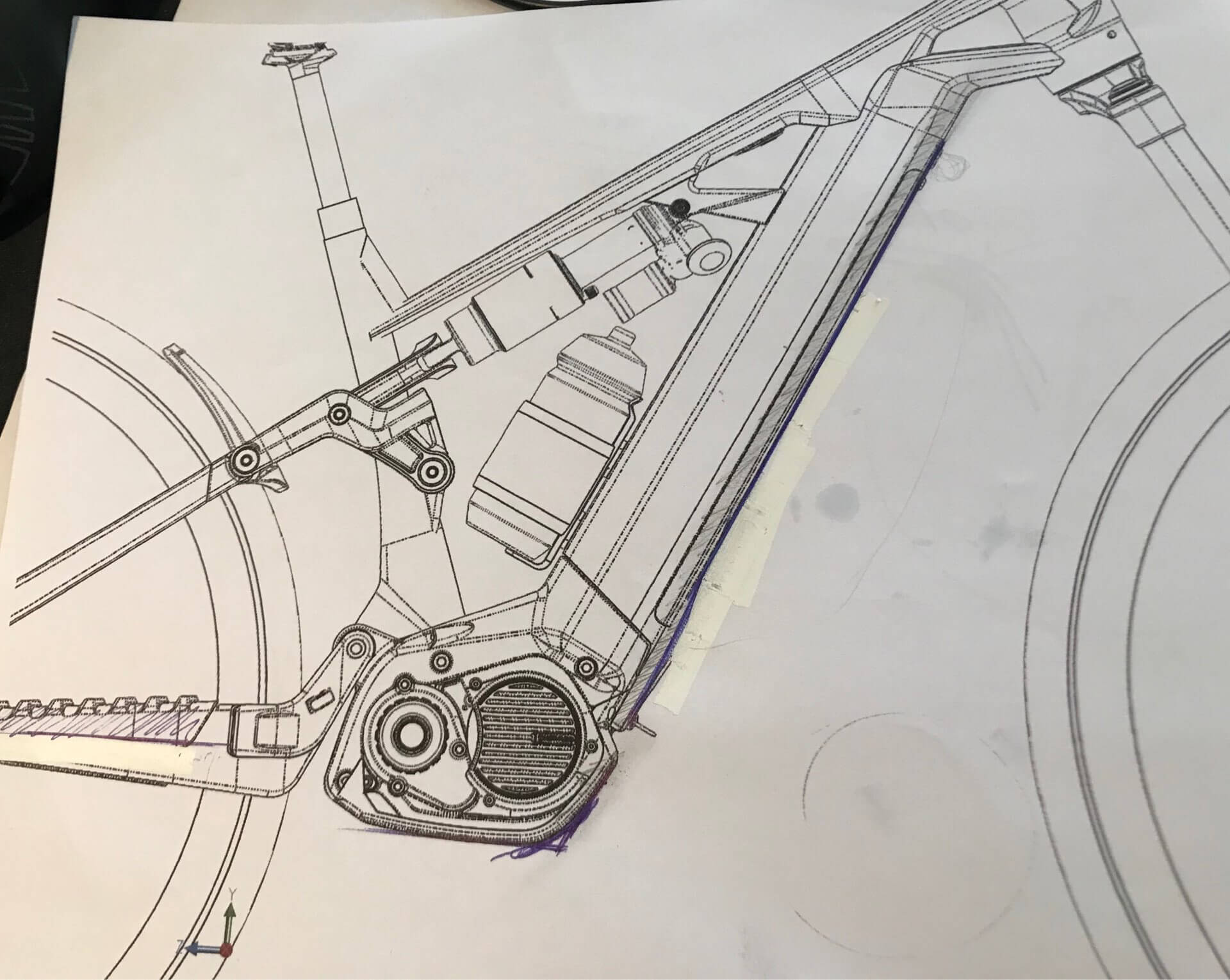 You have also worked for other bicycle brands. In what ways does THOK differ from large industrial groups?

THOK is an artisanal boutique, it has certain advantages over larger companies and manages to exploit them to the full. First and foremost, the capacity to act rapidly thanks to a lean organization. Besides, the fact that we belong to the TCN group, a solid and powerful Italian industrial pole, enables us to prototype and test components immediately. THOK combines the advantage of being a young and lean company with the technical and practical capacity of a multinational, thanks to its big sister company, TCN.

And what can we say about a CEO who not only designs the bike, but also gets into the saddle to test it personally and can tell you what still needs to be done, for example, to make it more responsive when it exits a curve, or to ensure it has the right traction on an uphill slope? Or working with people of the ilk of Aldo Drudi and Livio Suppo, the top Italian team of MotoGP with more awards to their credit than any other team in the world? …“Cool”, as young people would say!

Today, you spend your time between Italy and Germany, 650 km away from Alba. How do you manage to work together?

In actual fact, Stefano and I often work in Liguria, where I have a home. Finale and Pietra Ligure, with their Enduro World Series tracks and the open horizons of the sea, are perfect locations in which to imagine new solutions and test prototypes. It is not unusual for Stefano and me to be working on the computer at my place, to go out on our bikes to test an idea, and then get back to the drawing board at home. Whenever we have a doubt about anything, we hop onto the saddle to check it out. 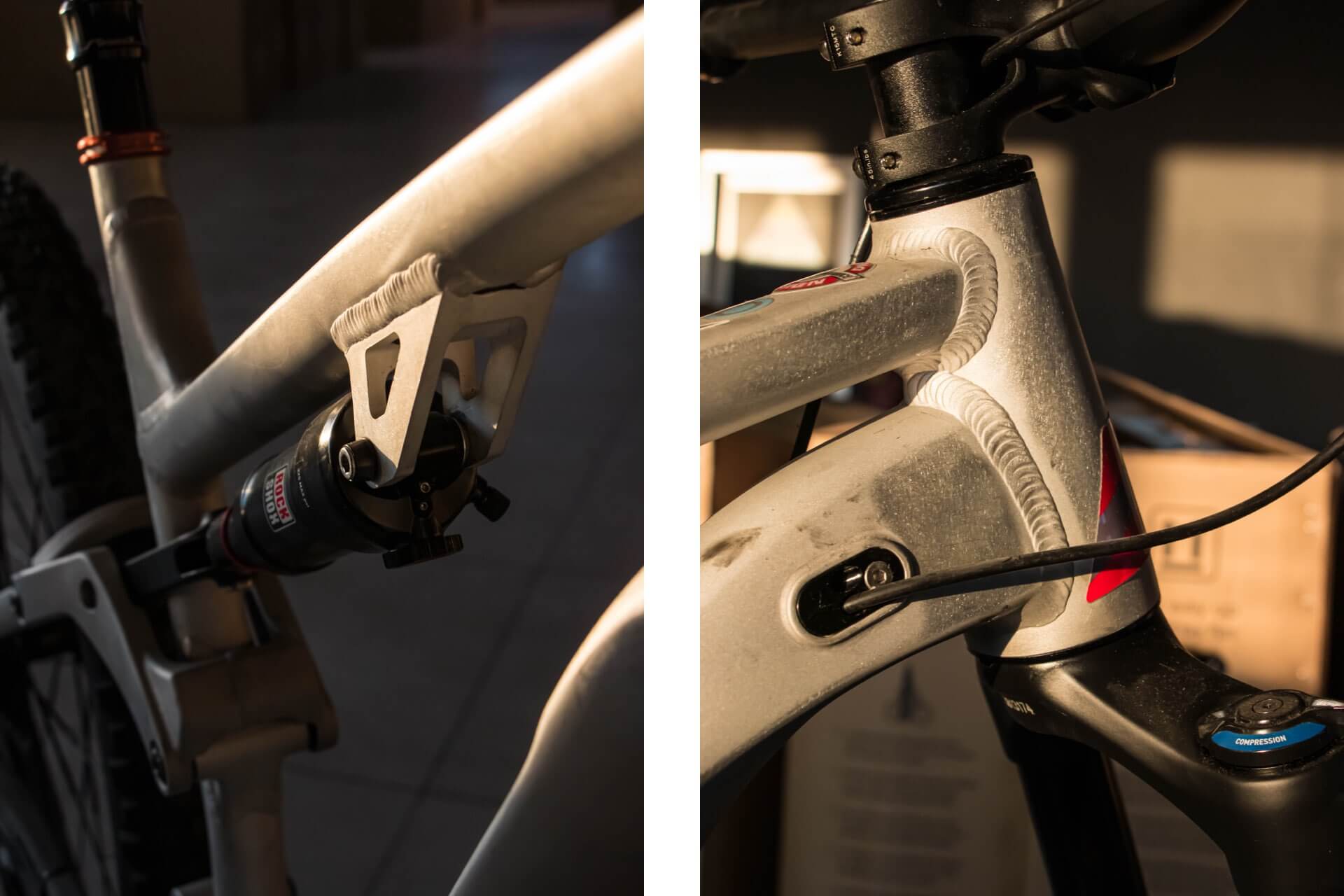 You have a background in aeronautics, as well as being keen on cars, both of which are industries with a high level of engineering. Are bicycles easier?

On the contrary! There are differences of approach that make some aspects more difficult. Whoever comes from the automotive industry, for example, has never had to tackle the issue of sizing: sizes don’t exist in cars. Bicycles must be conceived with various measurements and so you have to design parts of the frame so that they adapt to people of different heights.

Now that batteries and motors are integrated in the frame, this has become more difficult because some bicycle components cannot be reduced in size. You can’t compress a battery and consequently the down tube in which it is housed must be of a certain length.

The problem arises when working on smaller sizes. Since we have been using 630 Wh batteries, the small size has almost disappeared. It is difficult to construct.

Then, it goes without saying that an XL will be more stable, and an S will be more agile, but it is still the same bike. Performance claims must be guaranteed for all sizes.

In the case of THOK, both the MIG and the TK01 (the e-enduro recently launched on the market) well represent this approach: a down tube block and motor support which fit all sizes and allow for battery and motor integration, from the S to the XL, thus guaranteeing the “Performance First” claim.

On the TK01, this occurs at the conjunction point between the “viper head”, head tube and down tube attachment: the challenge consists in ensuring that the slope of the down tube does not vary from one size to another and that the geometrics of the bike remain unaltered. 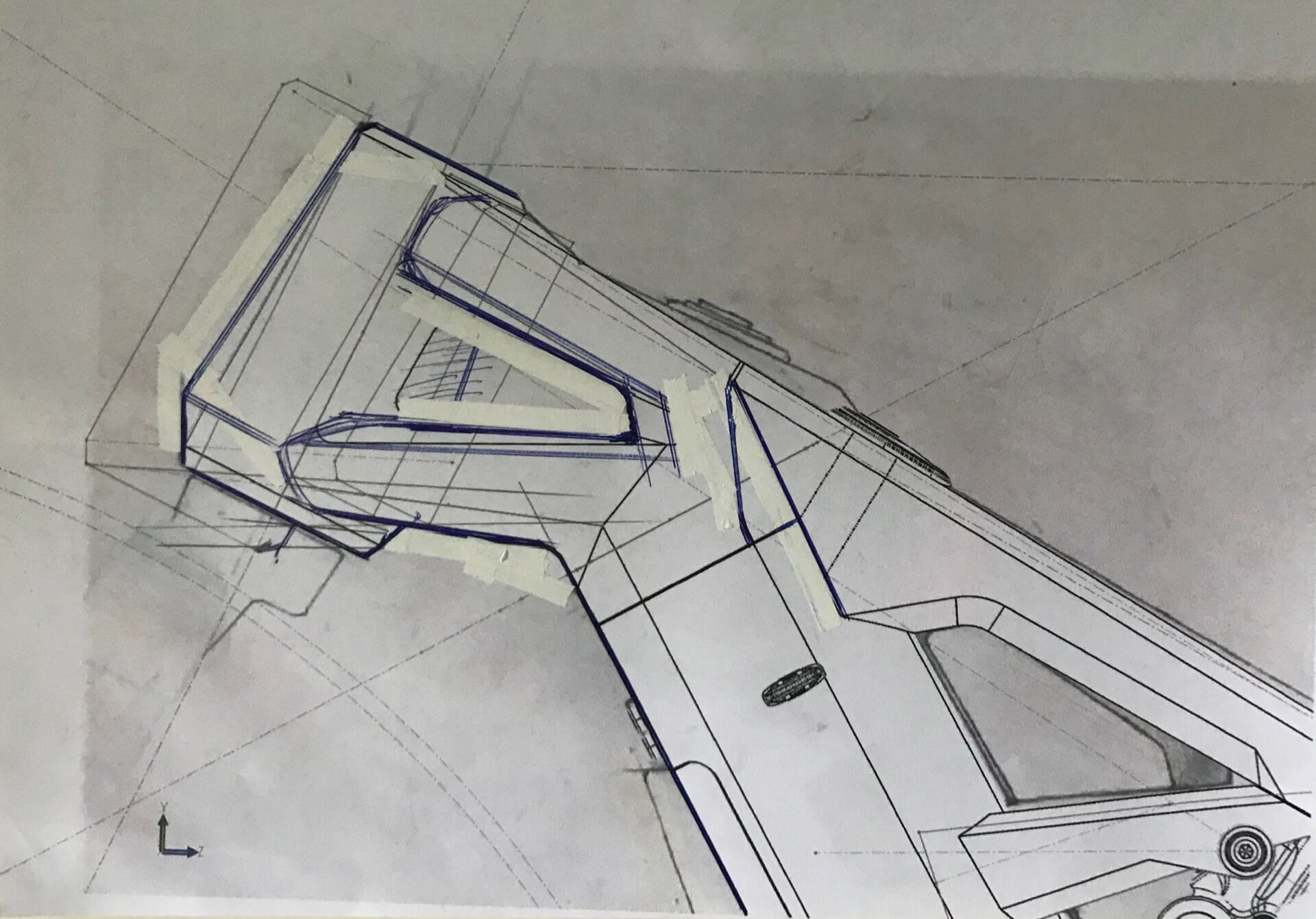 How long does it take to design a new e-mtb?

In THOK we allow ourselves two years. We have always been opposed to the idea of “model year”: we have chosen to offer a limited number of models, characterized by winning and long-lasting solutions.

Our projects have required numerous drawings, various prototypes and some U-turns during the design process. But the hours spent sitting at the same table have produced bicycles made to last.

How are your prototypes built?

As I said before, THOK E-Bikes belongs to a more extensive industrial group and is able, in an emergency, to build its own component prototypes with the support of its associated companies. THOK is a small firm but it operates like a multinational and is open and willing to experiment. 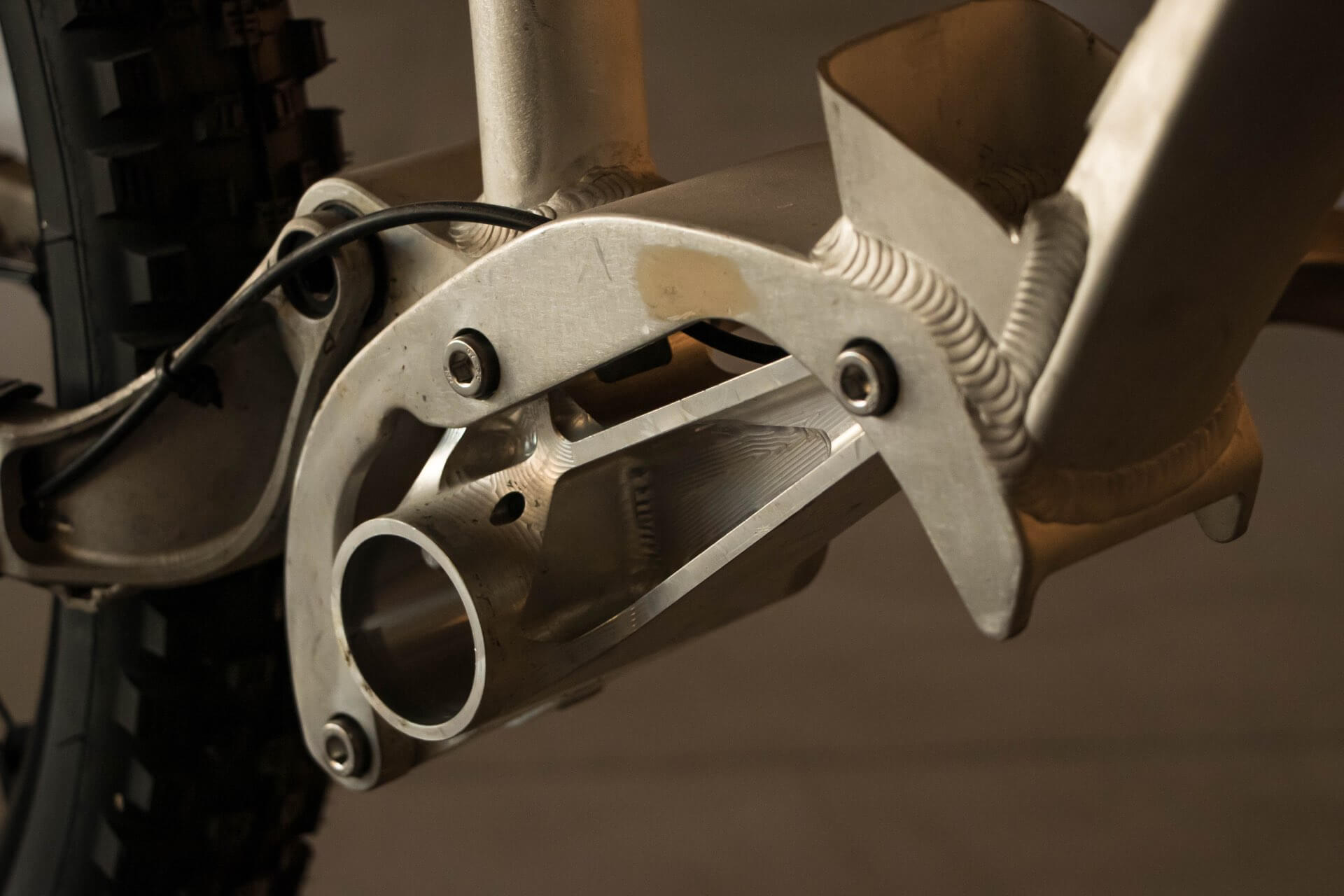 What do you mean when you say that THOK operates like a multinational?

Its simple organization enables THOK to adapt rapidly and easily to change. Big brands are much clumsier in their response to change. At the same time, being able to count on the support of such a solid organization as the TCN Group, allows THOK to offset delays in supplies and to work on new projects without too many slowdowns.

The definition of technical solutions to the problems arising from each new e-mtb project is not as easy as it may seem, especially for a company like THOK which is so young and small. Far removed from the giant brands with their own research and development departments, design departments and considerable human resources engaged in product creation. In THOK, only a few people, with a huge experience and a driving passion, are involved in development projects. People who are capable of conceiving revolutionary ideas.

Take the MIG, for example, with the idea of placing the battery beneath the down tube to lower the centre of gravity, which is still a distinctive feature of THOK. Four years ago, all e-bikes had their battery placed on top of the down tube; THOK was the first constructor to incorporate it in the frame and house it inside a cover. I recall that, in order to test and study the first model of MIG when the delivery of the Shimano E8000 motor had been delayed, I designed an adaptor of equal volume to enable Stefano to pedal the bike just as well. It was produced in no time at all in the TCN workshops.

Or, another example of an innovative idea is that of the new “viper head” top tube and the 1.8” tapered head set of the TK01: this is an authentic revolution of the e-bike head set.

It is a fact that THOK is a bold and brilliant company which fearlessly blazes new trails. In recent years, it has managed to boldly launch innovative and alternative technical solutions, which is something many more famous companies have not always been capable of achieving.

Despite the considerable rise in market demand, the Covid pandemic has complicated things for the bike industry. It will soon be tough for everyone to design new concepts and make plans. However, as bikers, we of THOK know that if you want to keep your balance, you need to continue pedalling and never stand still. 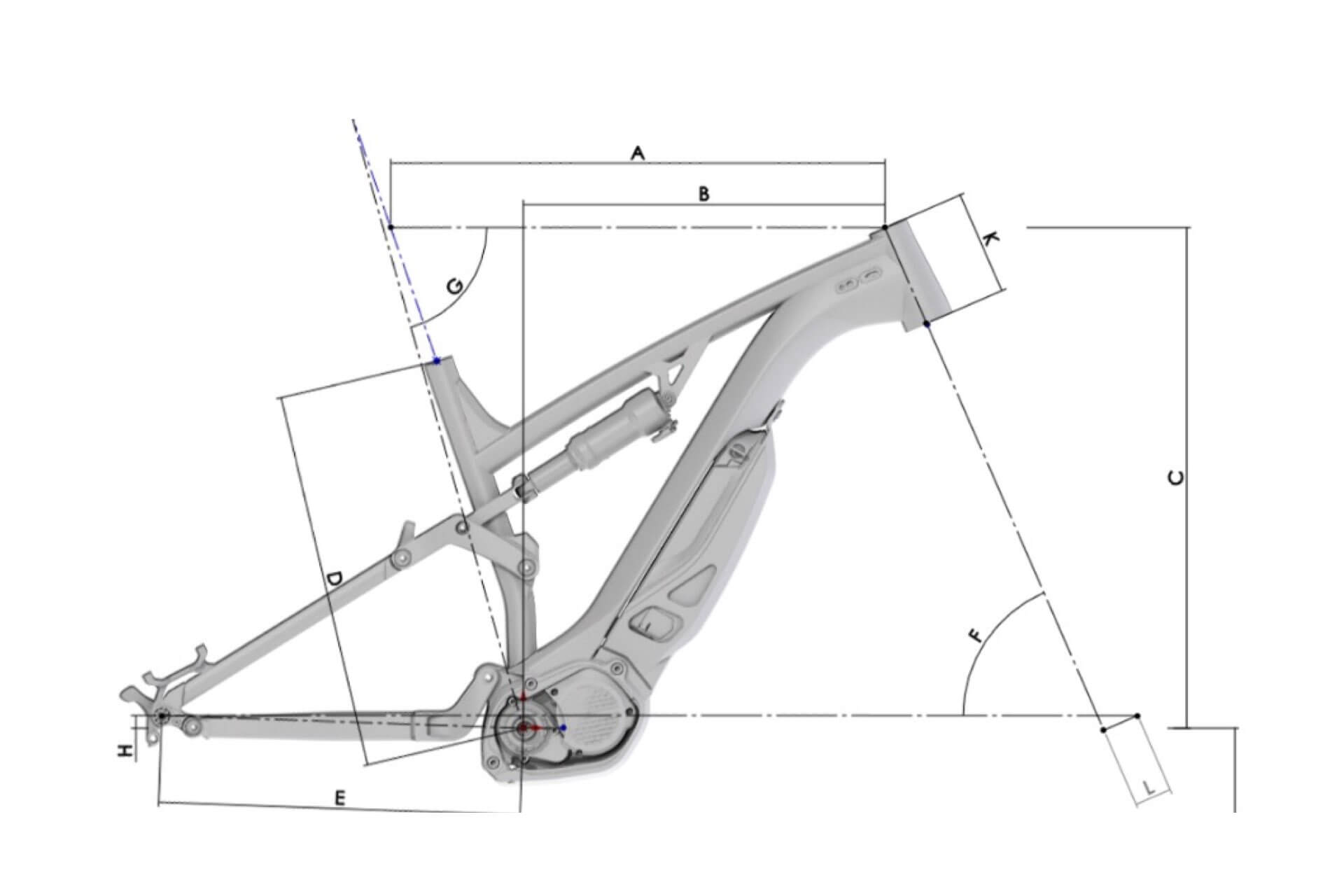