Are you sure you know what trail building is and what a trail builder does?

Let’s find out through the success story of Italy’s top expert in the field, legendary trail builder Pippo Marani.

Every MTB fan knows who Pippo Marani is.

The pioneer of the Italian DownHill, the head of the “Randagi” (i.e. the great DH riders, dominating the 90s, including our CEO) and keeper of the history and of the stories of MTB, ever since it was first born.

Marani is known as one of the most successful and qualified trail builders on the international stage.

But what exactly are trail builders? What do they do and how do you become one? 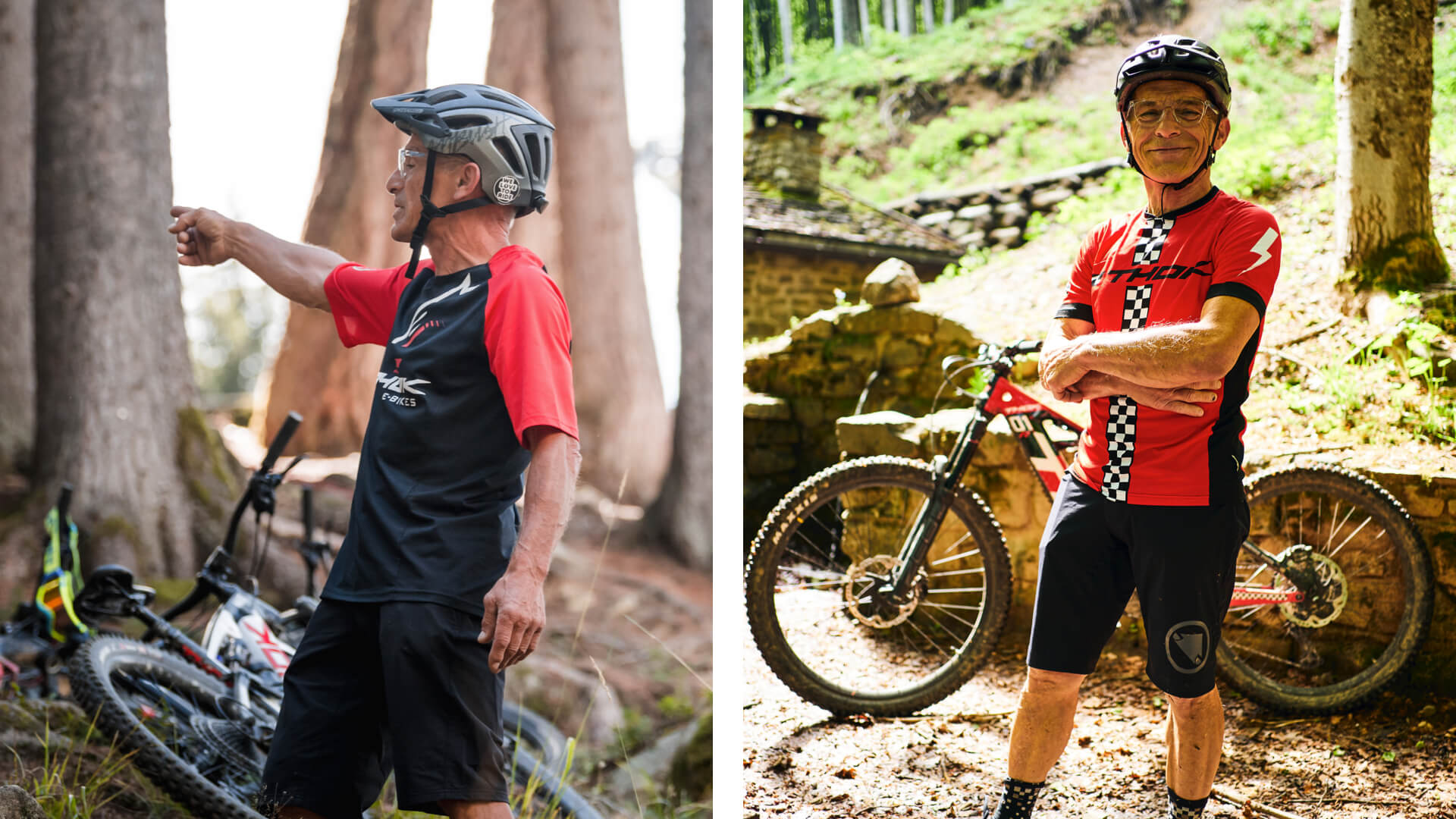 A trail builder creates the trails we all use to have fun on our bikes: trails, bike parks, circuits!
With their shovels, pickaxes, rakes and chainsaws, they spend their days in the woods opening new paths, examining trajectories and drawing lines.

Here’s what every good trail builder needs: a great love for nature and for mountain bikes; they first and foremost need to be riders themselves. This is crucial in order to understand slopes, assess how manageable an obstacle or a jump are, create a curve and know, for instance, how tall a bank needs to be. In other words, technical issues. 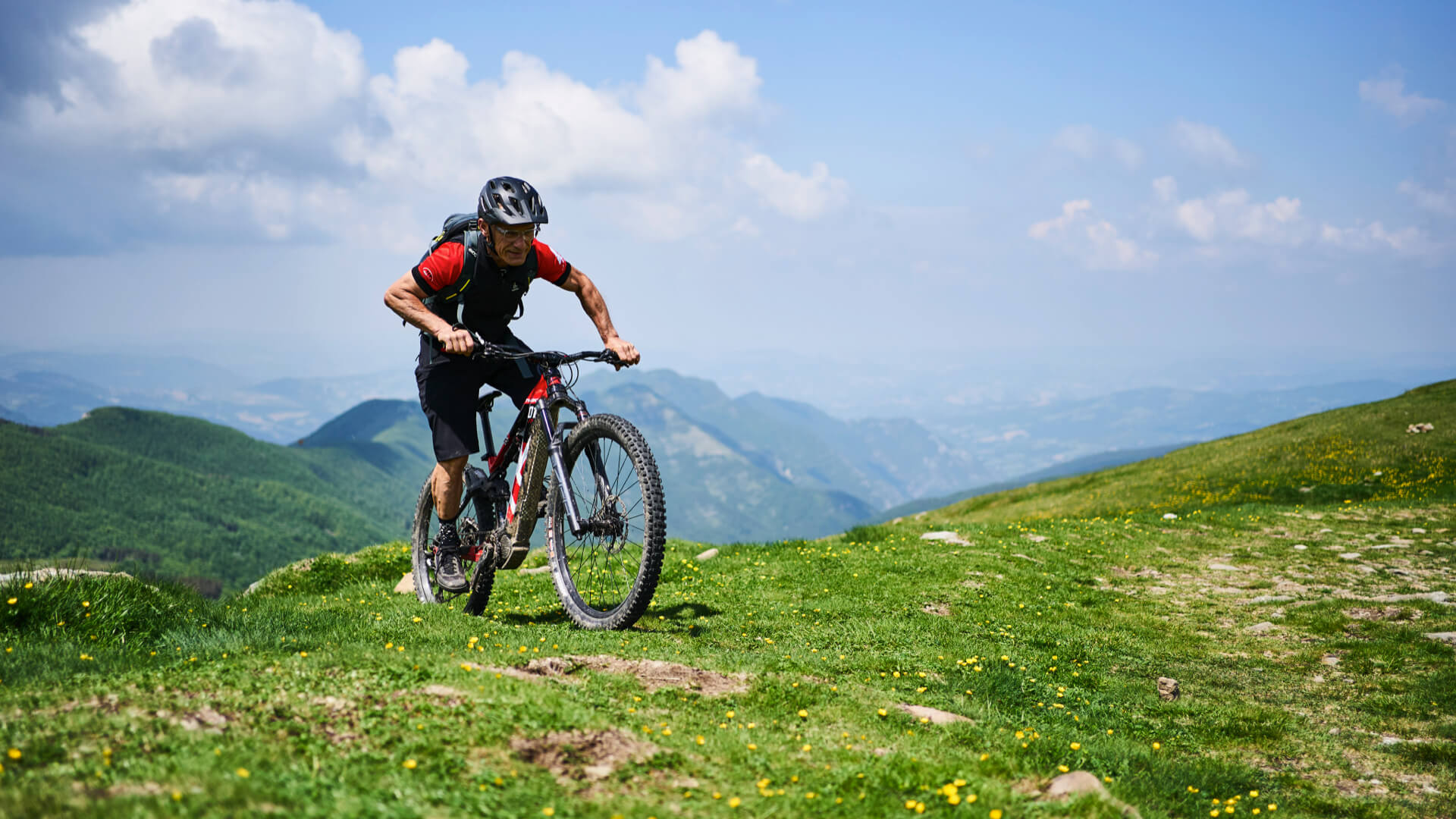 Straight white hair, a slim, strong body, fun and frank, typical traits of people from the Emilia Romagna region: Pippo knows everything about bikes and picked up road cycling 50 years ago.

He was one of the first in the 80s to fall in love with BMXs, which had just arrived in Italy from the U.S.: "Our first Italian Championship race was at the Otello Buscherini sports centre. I was there, as was a young boy named Stefano Migliorini, who went on to win the competition. While we were waiting for him on the podium for the award ceremony, he was being taken to the hospital with two broken arms, because after the race he went on riding his bike and jumping all over the place, until he crashed!” he tells us laughing.
As for many BMXers, he too switched to the MTB quite seamlessly, following the MTB revolution in the 90s. And that’s how his trail builder career began.
“Going from rider to trail builder was something I needed to do. In 1991 we started doing Downhill. I always liked riding downhill, but in the first races that were being held there were also a lot of uphill sections… and I kept wondering why there were so many of them in Downhill races! So I started creating my own trails.
We were pioneers back then, and that’s when the Randagi were born”. 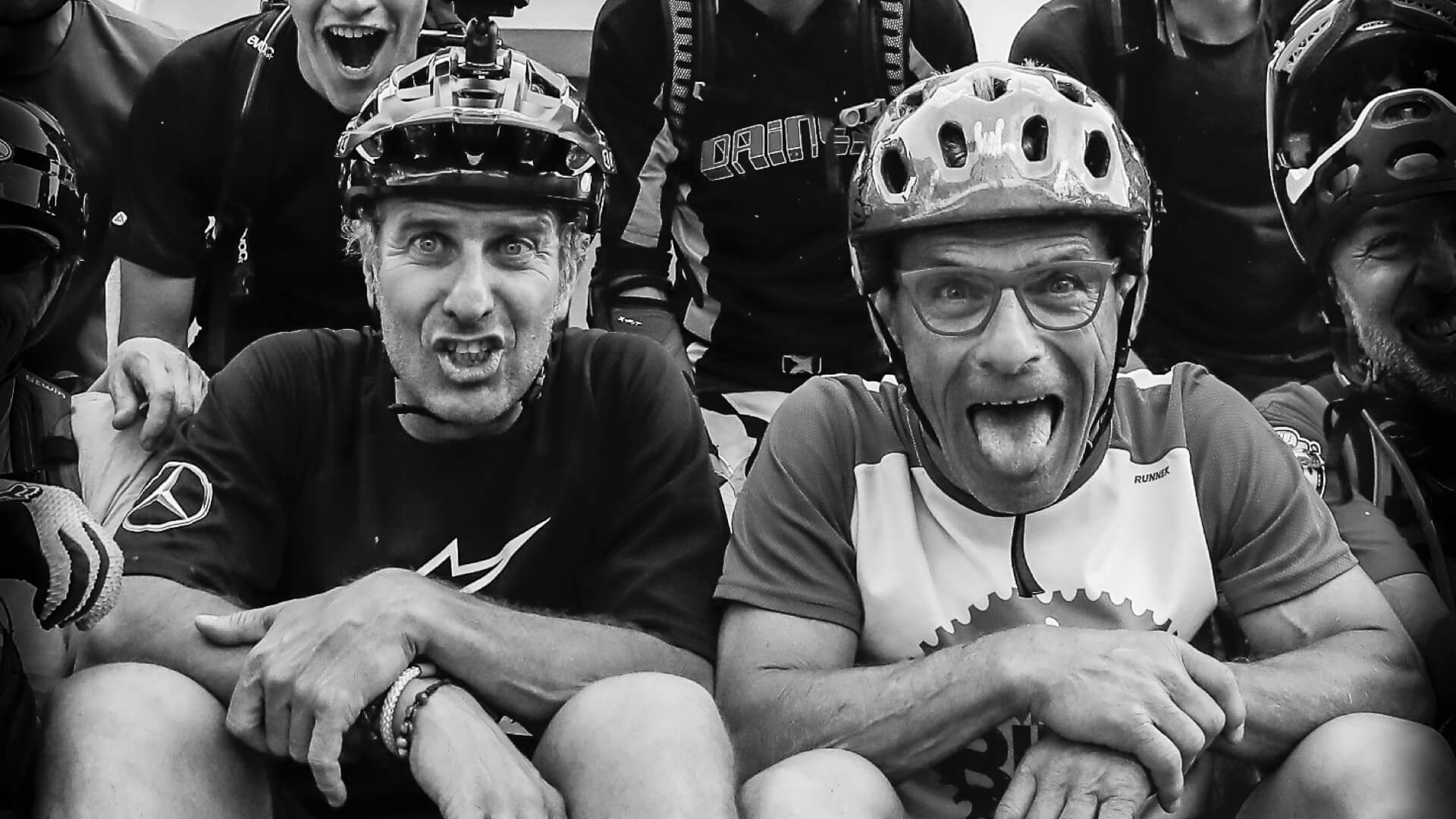 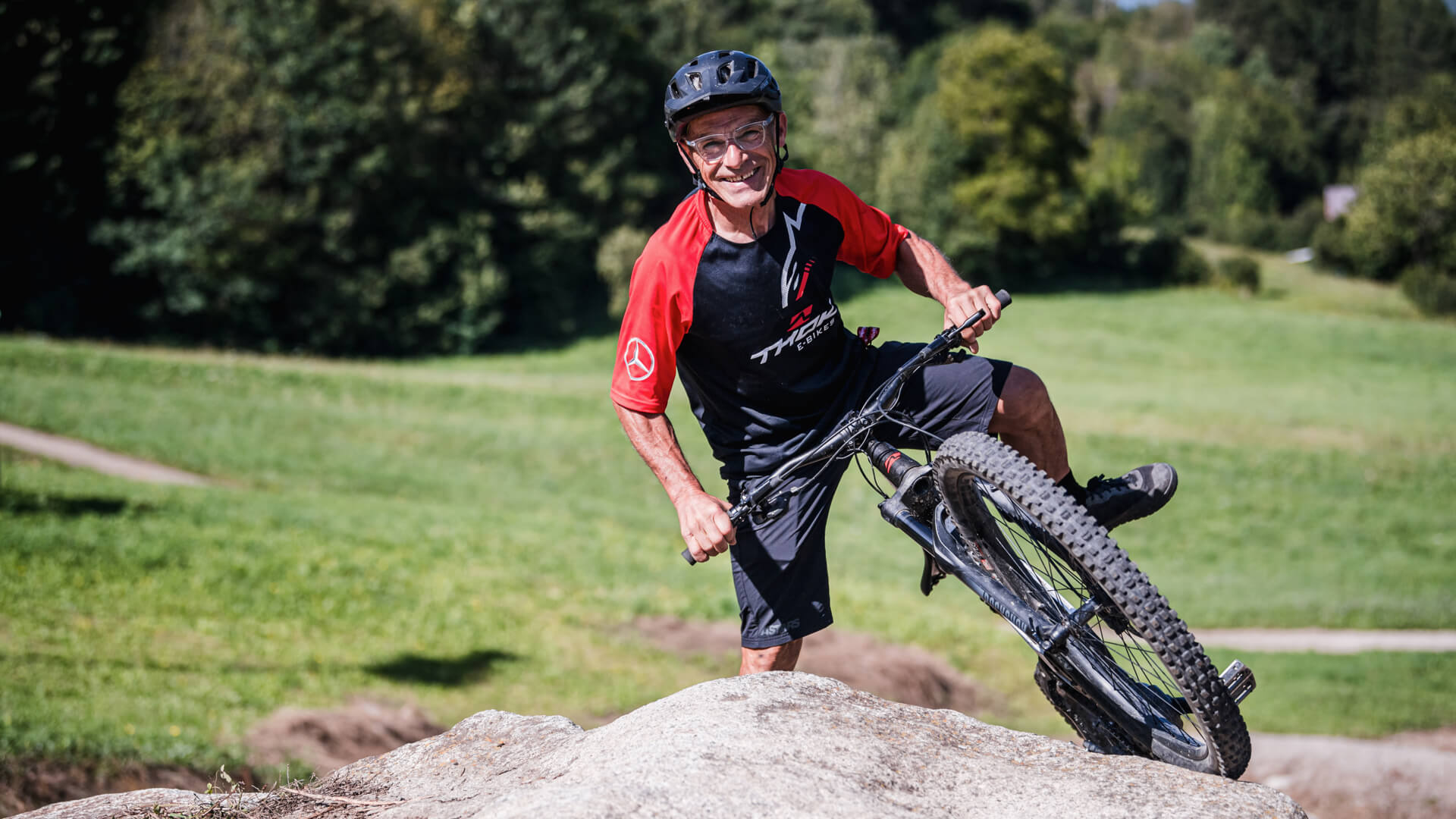 He made his first trail in Cimoncino (Fanano) and has never stopped since: he devised many national and international races, most notably the much-dreaded Black Snake, a World Cup and World Championship trail of the Val di Sole that made him one of the all-time greatest.
Thanks to this trail he met the best riders in the world, who admire him and talk to him to better understand the trail.
“I don’t draw inspiration from anyone when I create a trail, I just use my creativity and read the woods. I sometimes talk to the riders to better understand their needs”.. 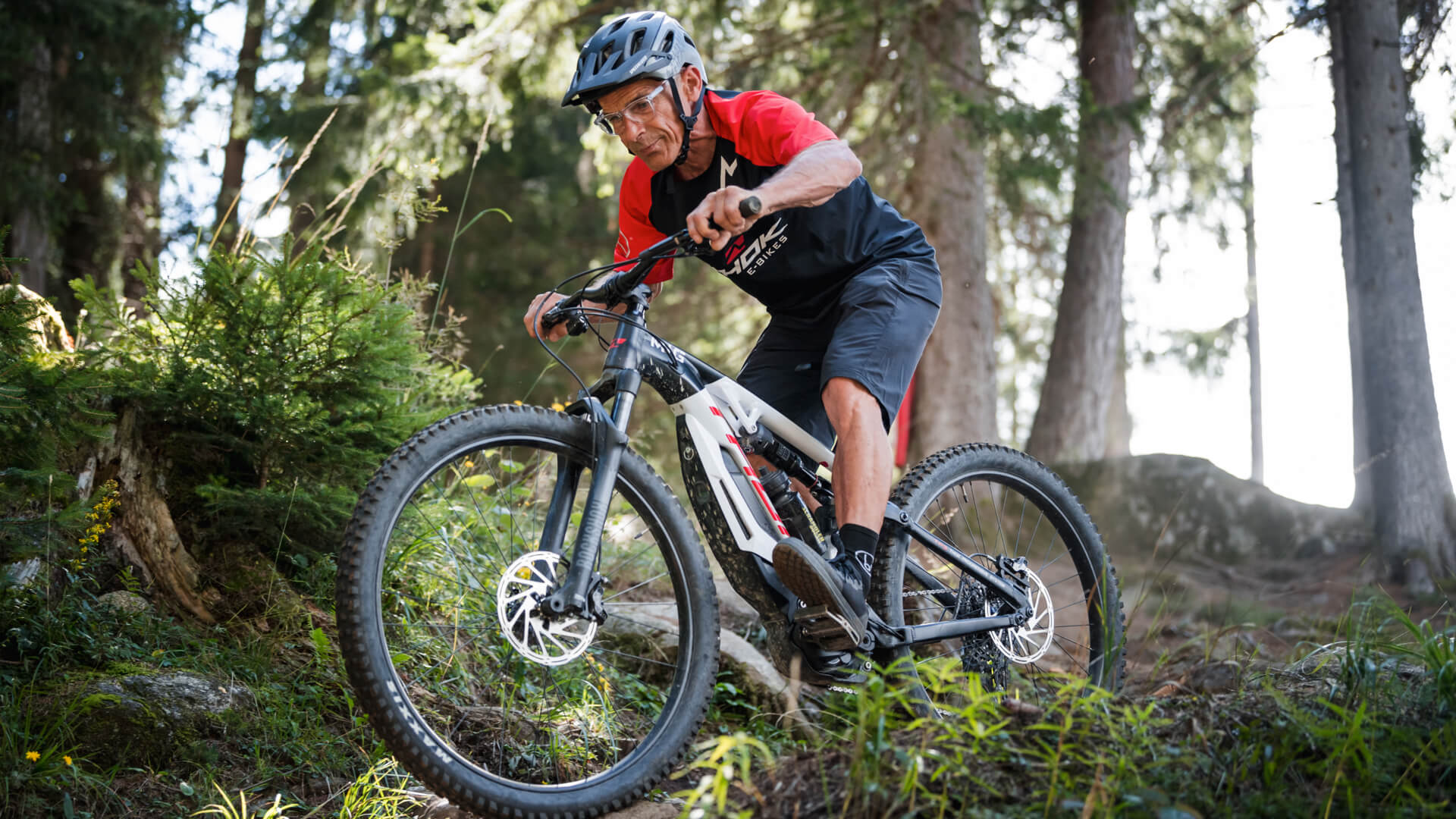 Being a trail builder is hard: it takes hours and hours of work to create a large trail, you spend entire days alone and in silence in the wilderness, up and down slopes.
In the past years trail builders have added e-bikes to their tools: “… among other things it allows me to move more easily and test multiple times what I create, especially my newest creations”.
Thanks to his long friendship with that boy driven away with his arms broken, Pippo has been using THOK bikes to create his trails now for several years.
He has ridden the MIG-ST, then the MIG-R. Now he uses the MIG 2.0 to quickly move through the woods (“(“the SHIMANO E7000 and the 504Wh battery is more than enough!”) and the TK01 R to test the more technically demanding parts, the obstacles and the jumps, but always without the telescopic seatpost (“I don’t need it, it’s an unnecessary accessory, I want my seatpost to always be at the same height, I’m from the OLD SCHOOL!”). To go to work every day in Modena, he instead rides a MIG-HT. 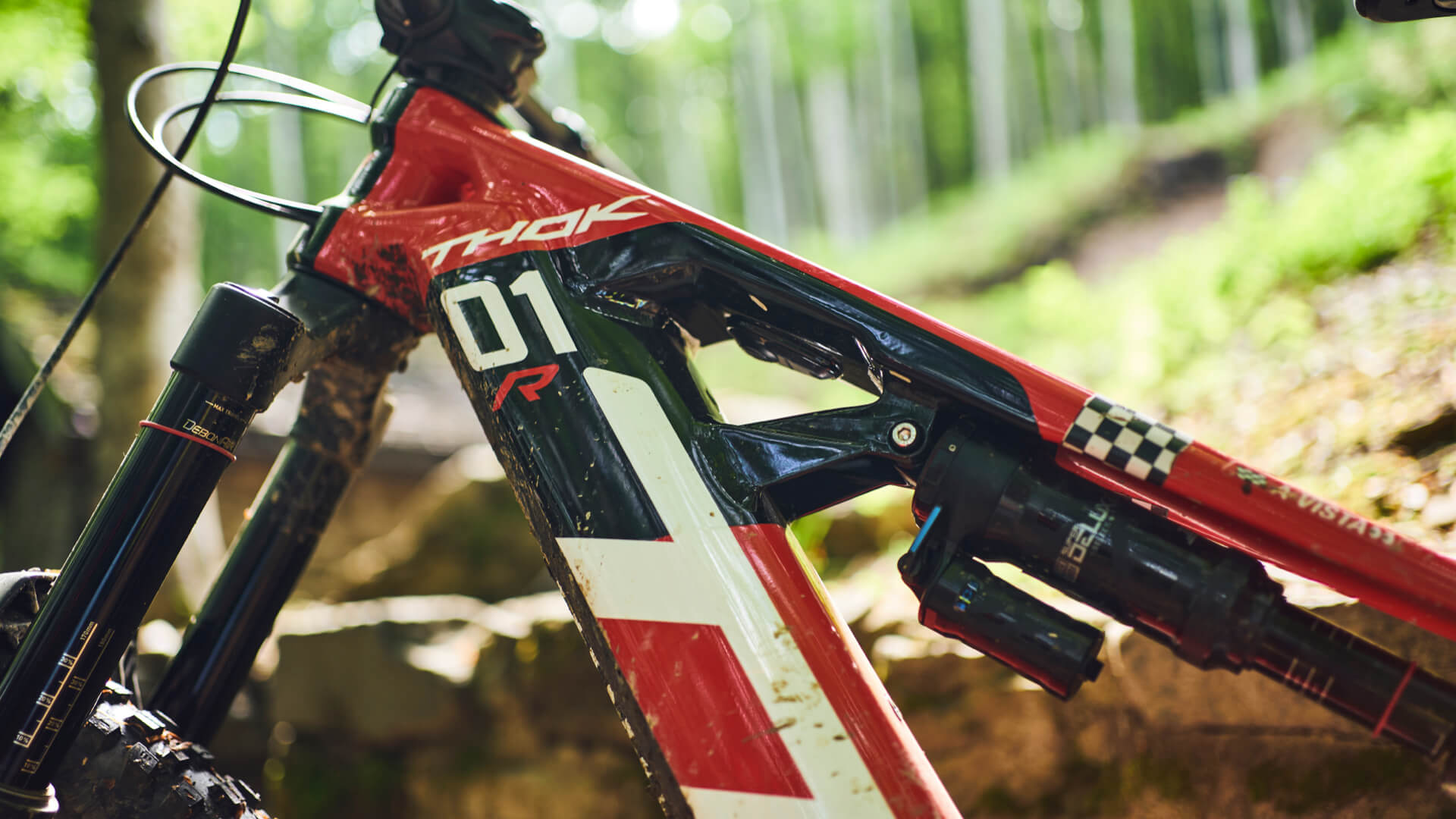 An all-round experience with bikes: road, BMX, MTB and now E-Bikes. Thanks to his experience with E-Bikes, he was asked to build the trail for the E-Bike 2021 World Cup, which will also be held in Val di Sole.
“Two years ago, I made a short track for the E-Bike race of the MTB World Championship. It was an experiment. The first true E-Bike World Championship was the following month in Canada, but on an XC trail.
In hindsight, my trail was a bit too short and theirs a bit too long.
Now I’m working on a circuit, the “ELECTRIC SNAKE”, a 2-km ring more or less that will allow the crowd to watch the entire race. It will last one hour + one lap. The trail will be technical but also fast and smooth, so that participants will be grouped together as much as possible and will come flying together to the finish: it will be spectacular. There will be a nice uphill section which will make the difference technically and one downhill.
The pedal-assisted world is completely new, everyone has their own interpretation of it. I love creating trails, I love natural trails, what I enjoy most is people having fun. But valuing the physical effort of the E-Bike rider is crucial, since these bikes require it, as they are not motorcycles. And we make riders work hard! Some will like it, others won’t (hopefully very few!), it’s fine. We’re experimenting so that this new discipline can grow”. 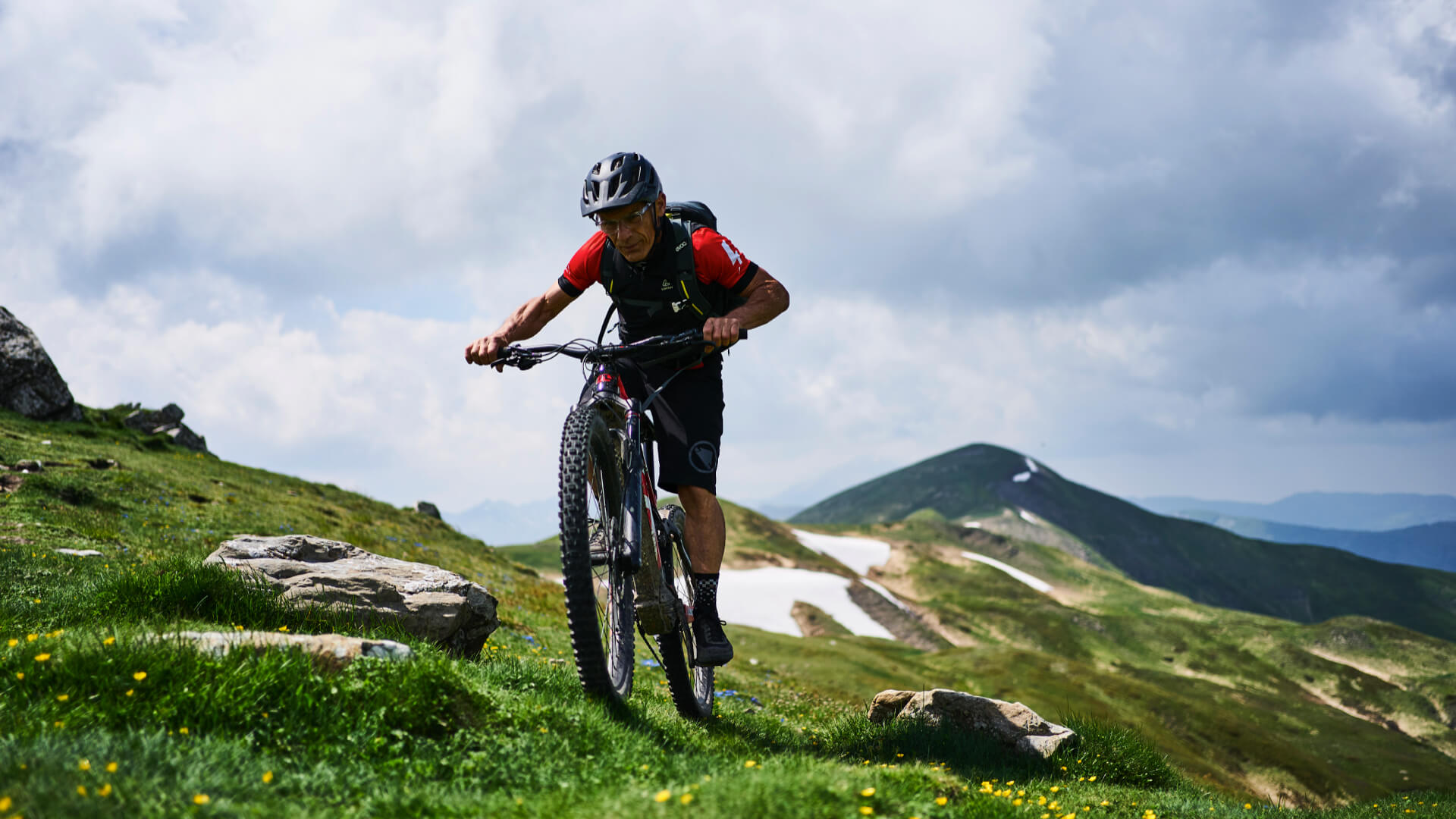 We are proud to have him as one of our ambassadors, a true THOKer.

His final words to everyone were: “Keep calm and eyes on the prize! Yeah”. 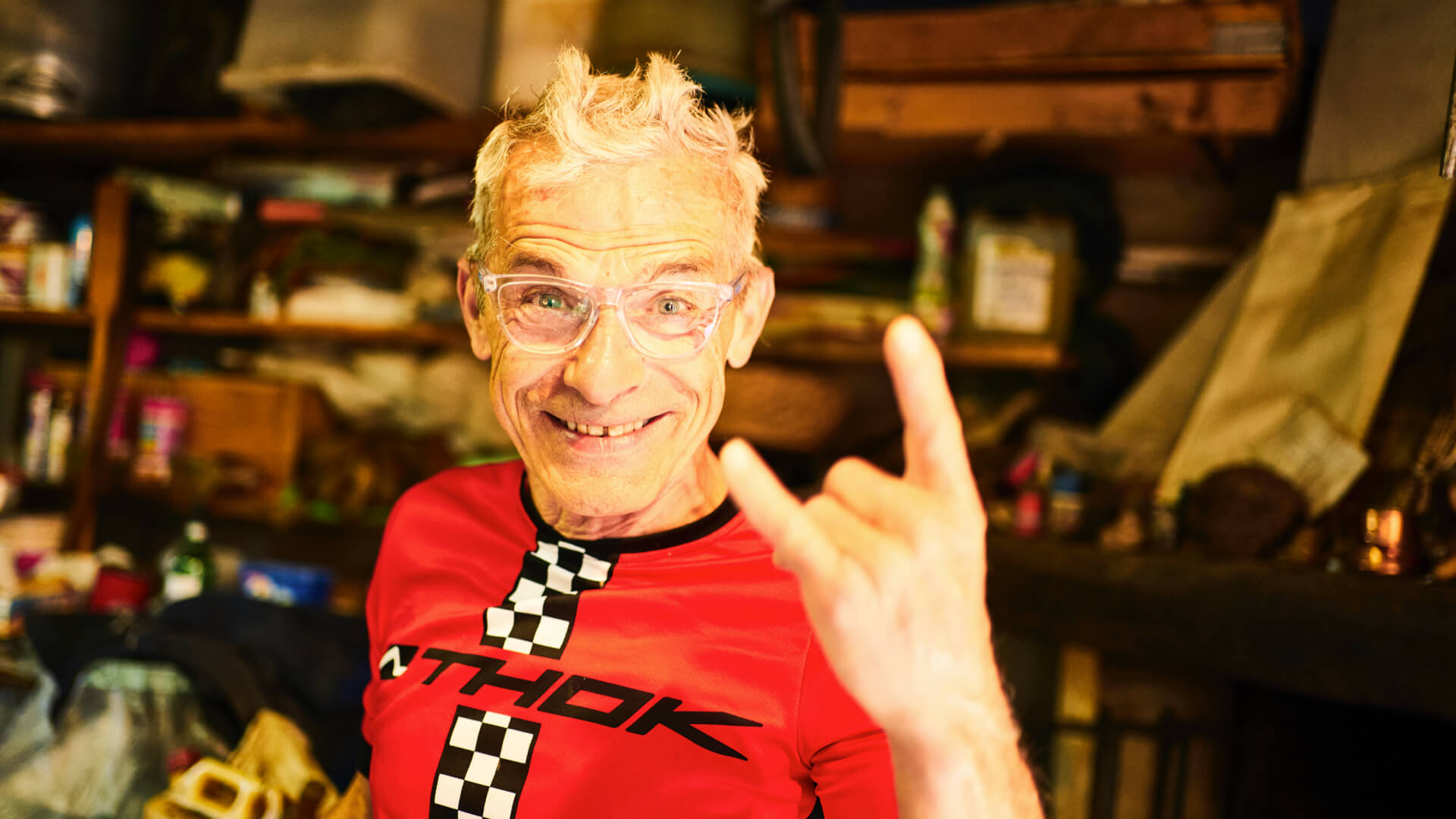