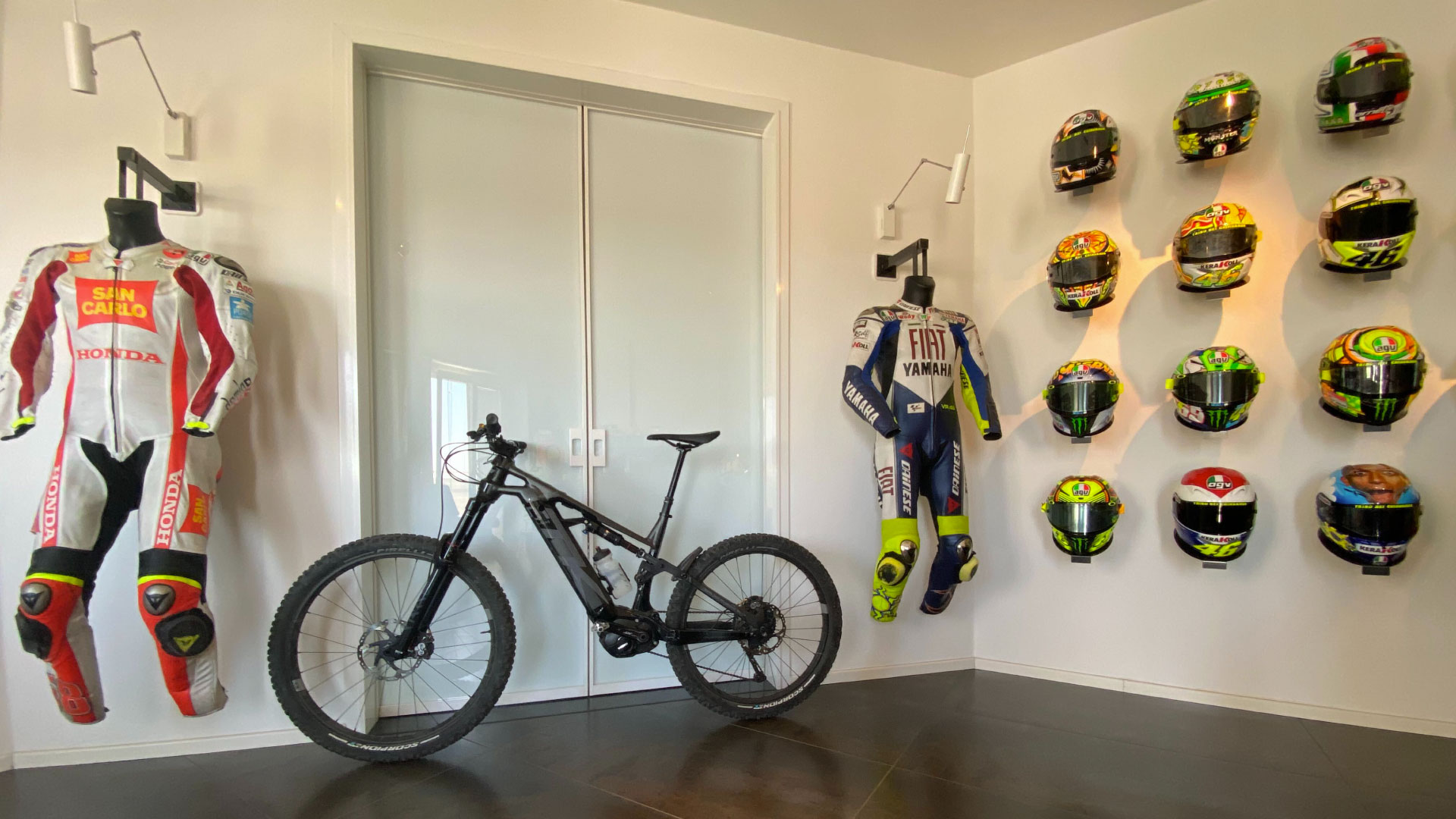 The people behind the THOK brand

Frank and cheerful character, typical of Romagna land beings. Lively and watchful look of those who are used to seeing things before they are revealed, not using iris and pupil, but through the use of genius’ creativity trained by years of experience .

Aldo Drudi grows up in the “land of motors” of Italy (Emilia Romagna), and the passion for speed runs in his veins since he was a child, when he used to cycle his mother’s “American bike” to the top of Gabicce Monte with friends, and then down full gas, right to the sea, with the playing cards attached to the fork to replicate the roar of the engine.

He couldn’t get his parents to buy him a racing motorbike but, thanks to his talent in drawing, he went to the art school where he developed his passion for design dedicated to speed.

A ”Ciao” Piaggio scooter, designed and exhibited in a shop, made him noticed by Giancarlo Morbidelli, motorcycle manufacturer in Pesaro, who asked him to create the graphics for the Morbidelli 500 monocoque.

So, his climb to Olympus international design began: he collaborated with the strongest motorbikers in the world for the helmets graphics (first of all Valentino Rossi), and with Dr.Costa from Clinica Mobile to realize body protections; he designed clothing collection for bikers, the Anvera speedboat and the Honda Burasca prototype; he coordinated the image of the best motorcycle teams in the world and won the “Compasso d’Oro” award with Dainese T-AGE suit... 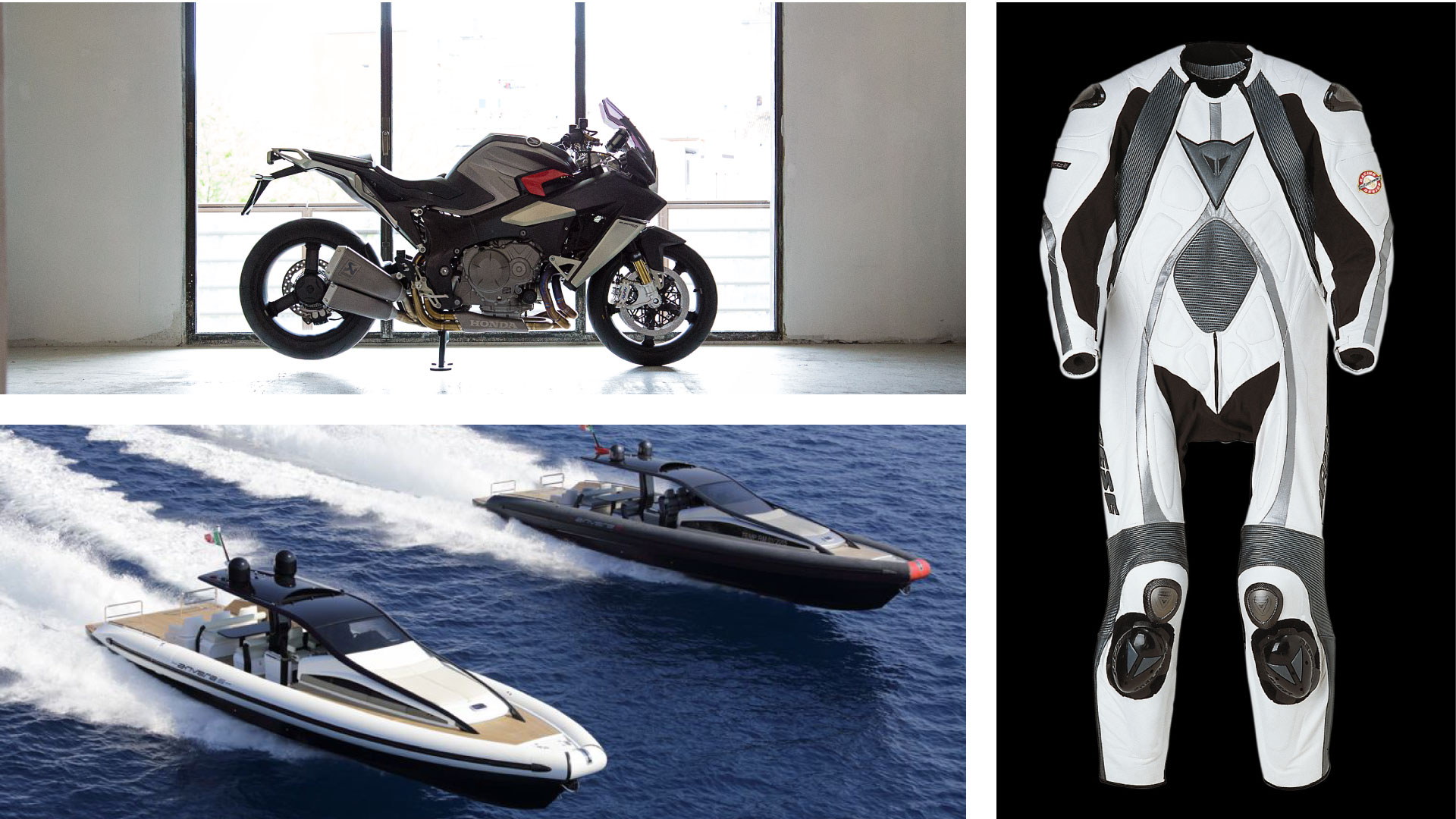 o Drudi, with his D-Performance, also signed the ingenious design of the THOK MIG and of the Ducati MIG RR: “The THOK ebike was an ethical project: muscular and electric in perfect harmony with nature. With an ebike you can go wherever you want, just like a motorcycle. My experience in that world helped me drawing the aesthetic lines of the MIG. 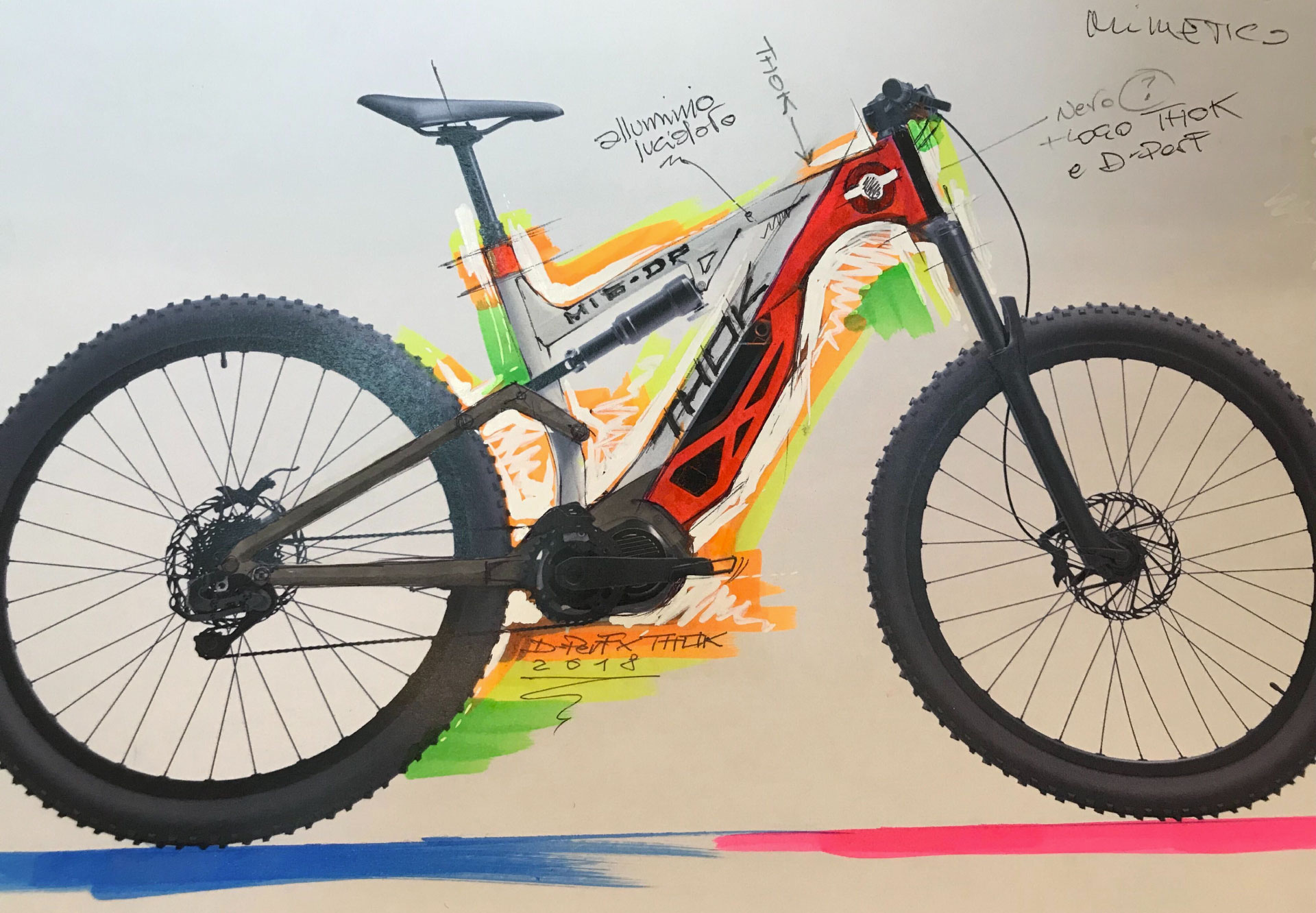 We decided to emphasize the battery instead of hiding it: we underlined it, made it visible, stressed it. It turned out to be positive.

The idea of a cover for the battery came from the cover protection of the moto’s engines, and it has become a distinctive feature.

The THOK is an essential, practical and technological ebike, we have colored a project that is pure essence”. 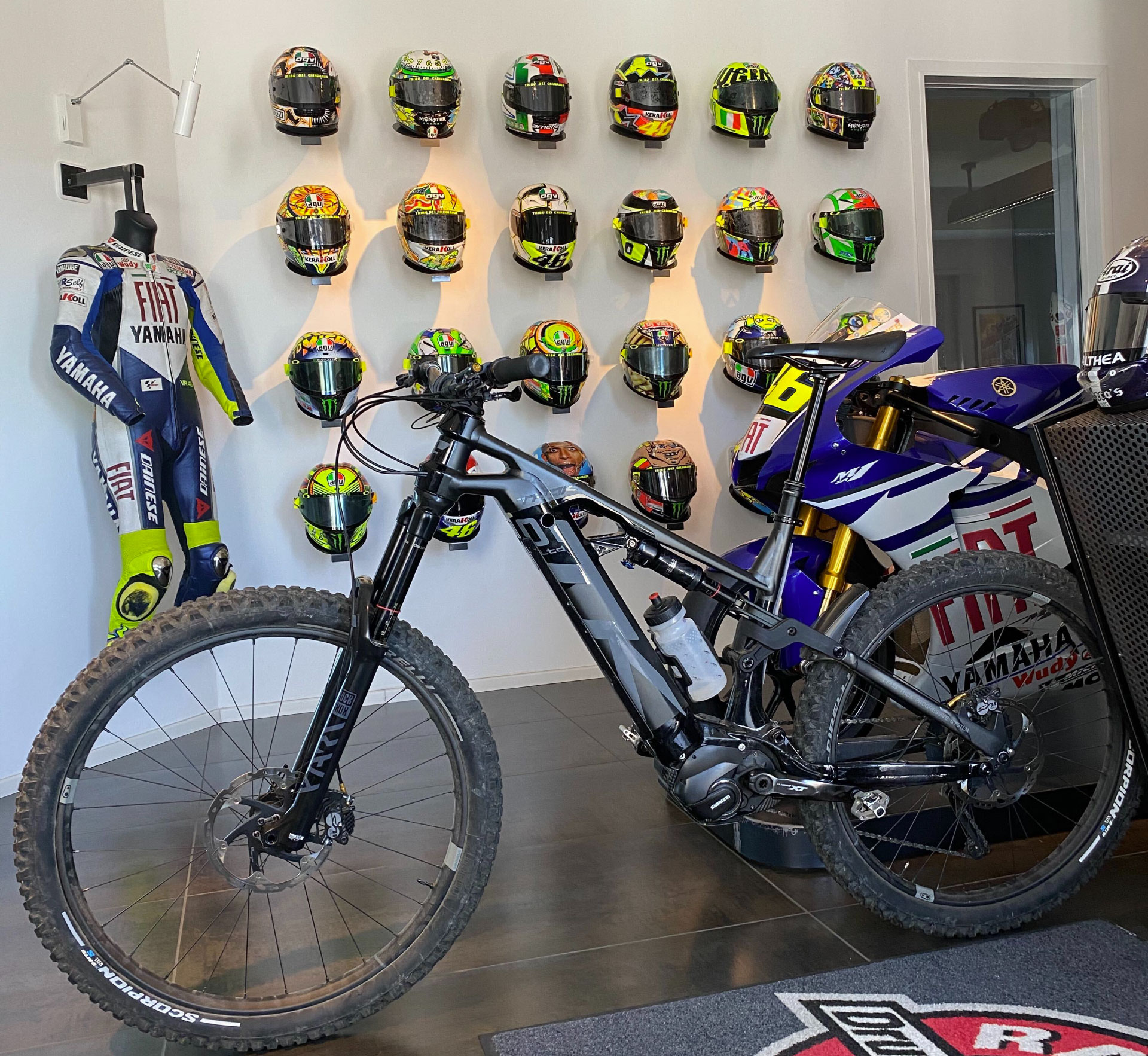